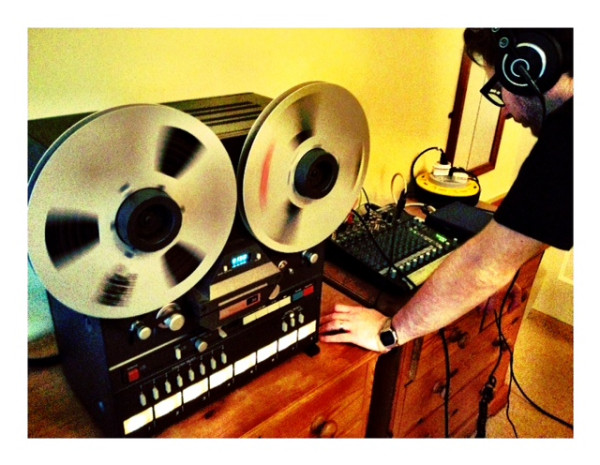 While I’ve been known to blog on various subjects, I’ve restricted myself mostly to news posts and gig reviews on Ether Site. I’ve blogged (and in fact still blog) for several websites, ranging from the very personal to one of the leading tech news websites at this moment in time.

The problem with my personal blogs in Dutch and English is that they’ve never been well-defined. The best blogs have a clear subject matter and my blogs never had that. I rambled on about music, life, music, life, Turin Brakes, life, culture, life and while I got older it seemed as if sharing all my weird life ramblings became harder and I wrote less about life and (even) more about music. Which scared away some readers. But well, that’s how it goes. I can still write travel reports really well, but writing about going to work everyday, will end up being boring. So I don’t do it. Usually.

One of the simplest solution to do is to write about “your passion”. Well, my passion is Turin Brakes. Hence this fansite. And while I would say that on my personal blog, Turin Brakes are featured rather a lot – at least once a month, I don’t want to write about JUST Turin Brakes there. I’ve got Ether Site for that, after all. And there’s more to me than being a Turin Brakes, right? Right?

Anyway, I’ve decided that I’m going to write a blog here, every now and then, in an attempt to make Ether Site a bit more personal and intimate. Ether Site is a FANsite and after last year’s successful Optimist Gallery, I would once again like to open up the site to fan’s contributions. Perhaps YOU have a stories to tell that have a (vague) connection to a Turin Brakes song? Please send in these stories, a lot of people would like to hear about them. Things have gone a bit quiet in between albums, so this might be a good way to keep the activity going. I’m going to write a series of blogs myself – thinking about once a month or so, but maybe more often or less depending on the enthusiasm this piece receives 🙂 – I’ve called it Etherish because of the name of this fansite and the “feverish” incoherence that my ramblings may sound like to you (hope not though!).

So, now I’ve already spent almost 400 words simply explaining the motivation of this blog post without having written anything in-depth about Turin Brakes. Sorry. As compensation do check this lovely blog about TB on Fur Will Fly.

Some gigs are planned during the next few months – which is nice. I’m gonna try to make one of those. I’ve realised that I’ve seen Turin Brakes at least once every year since 2005, so NOT seeing them this year would be… well… weird.  The gigs are always amongst the highlights of my year. I always try to make it into a little holiday, even if it’s just a weekend abroad. The people are nice, the music’s nice and the venues are usually pretty good as well. I’ve met some nice people along the way and I’m grateful for that. Would be a waste NOT to see the band play again, really…

Besides, these gigs may very well be the only Turin Brakes fix we’ll get this year. There’s no official word from the band that work on the follow-up to Outbursts (already 2 years old! Can you believe that?) has even begun yet. Although there was THIS photo on Twitter last month. That at least looks like they’re working on something that includes sound. Hopefully they’ve got one or two songs ready by the time the Summer gigs arrive… Would be nice to hear new material from the guys. Rescue Squad was a nice new original on the overall excellent Xerox EP, sounding pretty fresh and alive. Hopefully there’s more where that came from.

So thanks for reading! Let me know whether you think this is a nice idea or whether you’ve got certain topics I should write about, by leaving a comment below or on Facebook or Twitter. And get in touch if you want to share a story or more!

0 comments on “[Etherish] Blogging the Brakes”