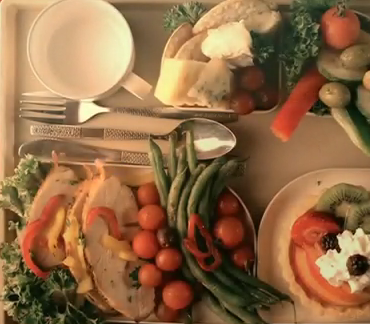 When I finished the first installment of [Etherish], my TB blogging thing, I sort of promised myself I wouldn’t write the next one until I posted at least one news item. Unfortunately, there wasn’t that much news to report – I could do a round-up of support acts, and I might still do that anyway – and so it comes to this. More musings from me.

Since my last blog, Turin Brakes made one festival appearance, at Festeaval 2012. Here’s a live video from Slack from that set. Little is known besides that. I haven’t found much press coverage, which is always disappointing. And thus May 2012, the month that plays host to Ether Site 9th birthday, will be remembered as a quiet on.

Had Turin Brakes been HUGE, there would have been thousands of fan-made YouTube videos and covers that we could analyse, hiding the fact that our favourite band has been rather quiet these past months. Distractions, I’d call those. But we only get one video per week and I think that’s more than enough. Still, I see my Turin Brakes Fandom as a lifestyle, not a hobby, and it makes it hard to maintain my lifestyle without fresh input.

Thankfully, Summer’s approaching swiftly and there’ll be plenty of gigging happening in June and July. Four gigs in June, four in July and hopefully some more after that (one in October, but that’s AAAAGGGGEEEESSSS away)? It will be interesting to see what a relatively quiet seven months have done to the band. These gigs look like they’re low-key, after the relatively “grand” The Optimist Anniversary Tour”. Intimate rocking, I’d say, perhaps with some Summer Night Magic involved… Would be lovely to see the band in the open air if the weather’s nice and the vibe’s right.

Speaking of Summer songs, Turin Brakes have a shed full of them. While Painkiller was released in February, it’s definitely smells of Summer and that’s just the first of many songs you can listen to on those long Summer nights.

This week, Summer finally arrived in The Netherlands – at least for now – and in my attempt to post a Summer song on the Ether Site Facebook page, I decided to post 5 Mile (These Are The Days). The song isn’t the most popular TB song, released as a single as part of Ether Song’s trillionth re-re-re-release. It definitely wasn’t the label’s classiest move, rushing the band into studio to record a new Painkiller, when the world might have been more impressed by songs like Self Help, Falling Down, Stone Thrown (still a live favourite) or “featured in The O.C.” Rain City. The label thought these songs didn’t suffice and thus 5 Mile was recorded. And while the live sessions of this song were pretty sweet and mellow (listen here, about 4 minutes in), the final studio version came with the bitter taste of a band clearly not happy with what they were doing. The fact that the song didn’t became the second Painkiller made it disappear from the setlists soon afterwards.

Which is a shame, really. Had this song not been rushed to a commercial release in 2003, it might have ended up in a gorgeous, self-produced fashion on 2005’s JackInABox, or at the very least it might have been treated with some more respect by the powers that be. The highlight of the studio version is the extremely stylish video – featuring a plane, female models, crazy captions featuring inner monologue and dark humour (I bet this is nicer than Coldplay’s plane). It was supposed to be Turin Brakes as commercially viable as possible. And while the production works in the video, it doesn’t really work in the song. It feels like it’s all a bit too much. Yes thrown some loopy effects in there!

Still, I posted the video on Facebook because it’s a Summer song and it reminds of Summer 2003, full of activity, live sessions, tour dates and the first Summer I covered on Ether Site – it was bliss. The post got 7 likes and 1 comment. Not that much, I know, but it’s a start. I’m hoping that on the upcoming Summer dates, the band will give 5 Mile a new leash of life. Perhaps in a reworked fashion, more like the way they would have played had it not been rushed in recordings. Why do I want that?

5 Mile is a Turin Brakes song like all others. In fact, it was a single, it charted in the UK top 40 and there are people out there that don’t know or care about the history of this song and just really like it because it reminds them of nice things. Considering that the band always please their fans with their setlist choices (always including a large number of fan favourites and oldies), it wouldn’t be that weird to revisit 5 Mile every now and then. Perhaps it wasn’t the happiest of times to be in Turin Brakes, but nine years later, perhaps it’s time to play the song as an ode to the Summer. These ARE the days, right?

0 comments on “[Etherish] Before the 5 Mile Summer?”