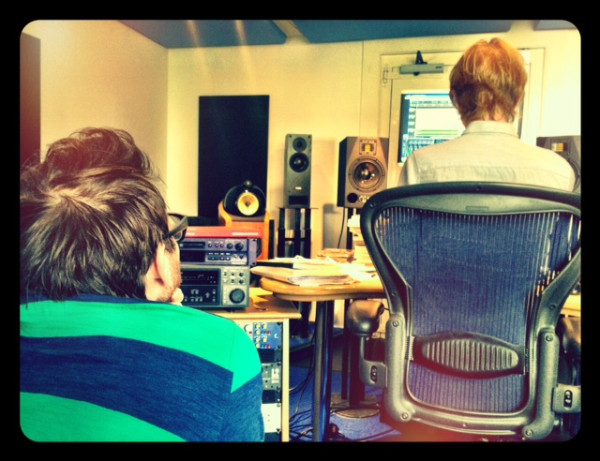 In April, Olly teased Twitter followers with some photos of him doing some audio recording (remember?). Whatever it is, yesterday Olly went to Abbey Road studios to master said “li’ll project of mine”, as he’s describing it. Leading this mastering session to greatness was none other than Frank Arkwright, who also mastered Fight or Flight EP, The Optimist LP and more recently, Outbursts. This is Olly and Frank doing their thing:

This sparked some replies on the Twitterfeed, including one from yours truly, asking if this was something destined for our eyes/ears, to which Olly replied:

@StefanMeeuws absolutely- the sonic equivalent of a warm hug 😉

And he replied to Tim Bidwell, music producer who has worked on various projects involving TB musicians and / or support acts (like Lucky Jim, Kate Walsh and Conrad Vingoe but also Fink). got a similar reply: