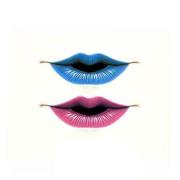 Turin Brakes will be playing a set at the Spirit of Talk Talk launch party. This double cd featuring Ascension Day by the guys + a book featuring written contributions from TB, is being released in September. To accompany the release, there’ll be a launch gig in London. Turin Brakes are the first name on the gig listing, so it looks like they’ll be playing a proper set (probably including Ascension Day?) .

Tickets cost a mere 10 GBP so far, and are available here.

1 comment on “‘Spirit of Talk Talk’ launch in London”