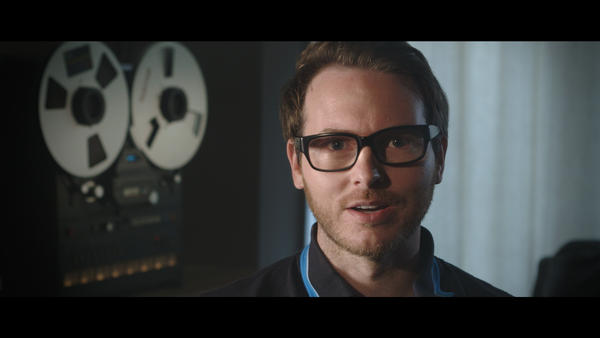 UPDATE (6 July): Olly tweets “it’s actually part of Phil’s portrait series he’s shooting, it’s a bit about TB and a bit about my side project… It’s a 20 minute type of piece but he wants to do something bigger on TB someday it seems…”

Today, Olly teamed up with Philip Bloom (who made the videos for Ascension Day and Chim Chim Cher-ee) and freelance film maker James Miller (@millerandmiller) for what appears to become a Turin Brakes documentary:

Some more pics can be found here. Apparently, today’s interview session lasted for 3 hours. And since Gale hasn’t popped up in the photos yet and there’s talk of continuing work tomorrow, one can only assume that more footage will be shot.

While the contents and length of the documentary are unknown to me, it’s about time someone makes a “proper”, in-depth feature on the guys. So here’s me hoping that 3-hours-of-footage-and-probably-much-more- doesn’t result in a 5-minute-YouTube-clip eh ;).

I will be available for interviews when in London later this month ;). Do I need to get a haircut first?

(seriously, though, I’ll be in London)

(although not when I’m at that TB gig in Bedford eh 😉 – I’ll be listening to awesome music then – you should come too!)