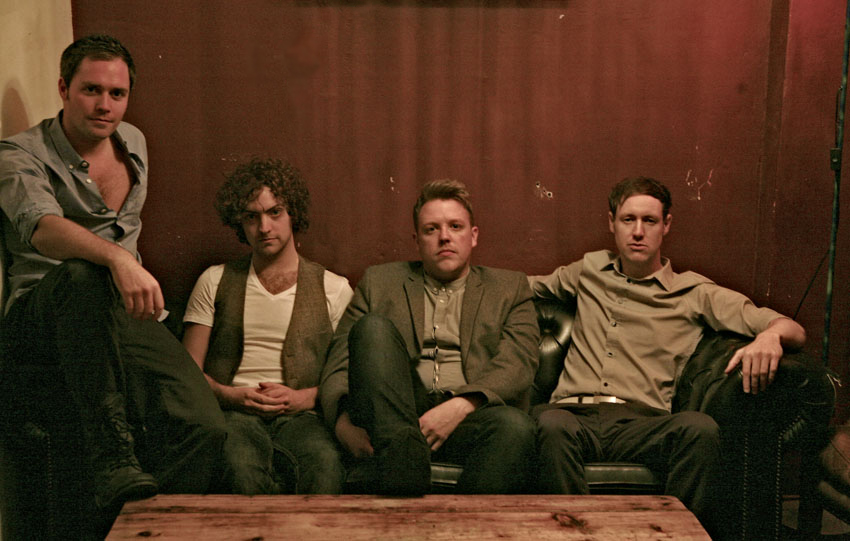 There’s a rather splendid evening happening in Worthing on 9 February. Turin Brakes will headline, but they’re supported by Half Hour Hotel, Kim Slade and Mark Wright + Sam Flynn. We look forward to the gig by asking some questions to the support acts. Today, it’s Half Hour Hotel.

Who are Half Hour Hotel?

We try to create melodic atmospheric indie rock, for the show with Turin Brakes we’re going to strip the tunes back acoustically with maybe a 90’s cover song or two.

What songs should fans definitely check out before the gig (any links?)? And what song do you most look forward to playing at the gig?

It’s great to have the opportunity to break down our tunes acoustically, to really concentrate on the harmonies and melodies. Were continually progressing so it is always that bit more exciting to play our newest songs for the first time.

Our soundcloud has an exclusive acoustic track ‘Slipstream’:

For us this gig will be a real honour, we’ve only been together just over a year. To be asked to play with one of our major influences, in such a beautiful setting will be a special occasion.

We first got to see them live at V festival 2001 and have seen them a few times since. Phil Marten (keyboards), ended up running a late night bar called Xuma at the top of our road in Brighton so we ended up drinking with the chaps till the early hours when they did a DJ set there. This will be the first time we’ve seen them since the restraining order lapsed ;).

Up next in this series is Kim Slade, who is also supporting Turin Brakes at Worthing. Check back later this week for his Support Profile :).