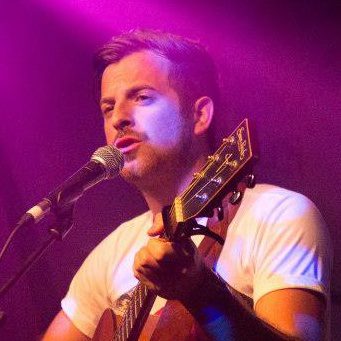 There’s a rather splendid evening happening in Worthing on 9 February. Turin Brakes will headline, but they’re supported by Half Hour Hotel, Kim Slade and Mark Wright + Sam Flynn. We look forward to the gig by asking some questions to the support acts. Today, it’s Kim Slade.

Who is Kim Slade?

Originally from Bognor Regis on the south coast, I now live in Brighton. I have been writing songs and playing gigs for ten years.

I would describe my music as Mod/Folk/Pop taking influences from The Jam to Bob Dylan, but I also try to put a contemporary twist on what I do to keep it fresh. I try to write real songs that have been inspired from personal experiences and feelings but at the same time I am aware of melodies and enjoy singing things that are catchy, so I guess that’s why I add Pop as as genre.

People should check out my EP Bognor Vegas! You can also find it on Spotify. My favorite track from that EP is Something In My Life, I just like the vibe on the recording and think people can relate to what it is saying.

What song do you look forward to playing at the gig?

The song I most look forward to playing live is Treasure Chest. It’s softer than those songs on Bognor Vegas and better represents what I am playing and writing now. A version of this can be seen/heard on my channel www.Youtube.com/kimslademusic and will most likely be my next single.

What’s your proudest moment in your music career so far?

My proudest moment would be when I opened for a festival, just me and my guitar onstage in front of over 4,000 people, that was a great feeling.

I don’t know the lads from Turin Brakes personally, but I am looking forward to meeting them and hopefully getting their opinion on my music.

People don’t realize how much it means to small independent artists like myself to get even the smallest bit of recognition. So I would encourage music fans to always give feedback and show their support by following and giving likes and shares as this is the modern way, and often the numbers that promoters/labels look at to gauge your popularity.