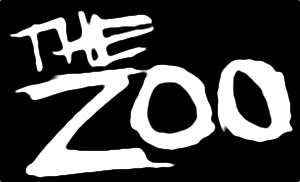 Turin Brakes will play a gig at The Zoo in Fortitude Valley (Brisbane, according to my Google Maps) on 24 April 2013. Tickets cost about 30 Australian Dollar and go on sale on 1 February. They are available from THIS PAGE.

The intricate melodies of “the Optimist” won them many Australian fans nearly a decade ago, and now the Turin Brakes duo of Olly Knights and Gale Paridjanian, along with long time band members Rob Allum (drums), and Eddie Myer (bass) are back in the country for a full band set in only their second visit to our shores.

Largely overlooked by commercial radio, the band’s staunchly independent approach has won them a cult following in many countries and led to nominations for the Q Awards, The Brits, and the Mercury Prize among others.

While this recognition is richly deserved their live set is where the band truly shines and is why so many other bands count them as an influence.

Wise words. Go and see them if you can! Please note: this venue is 18+, apparently!