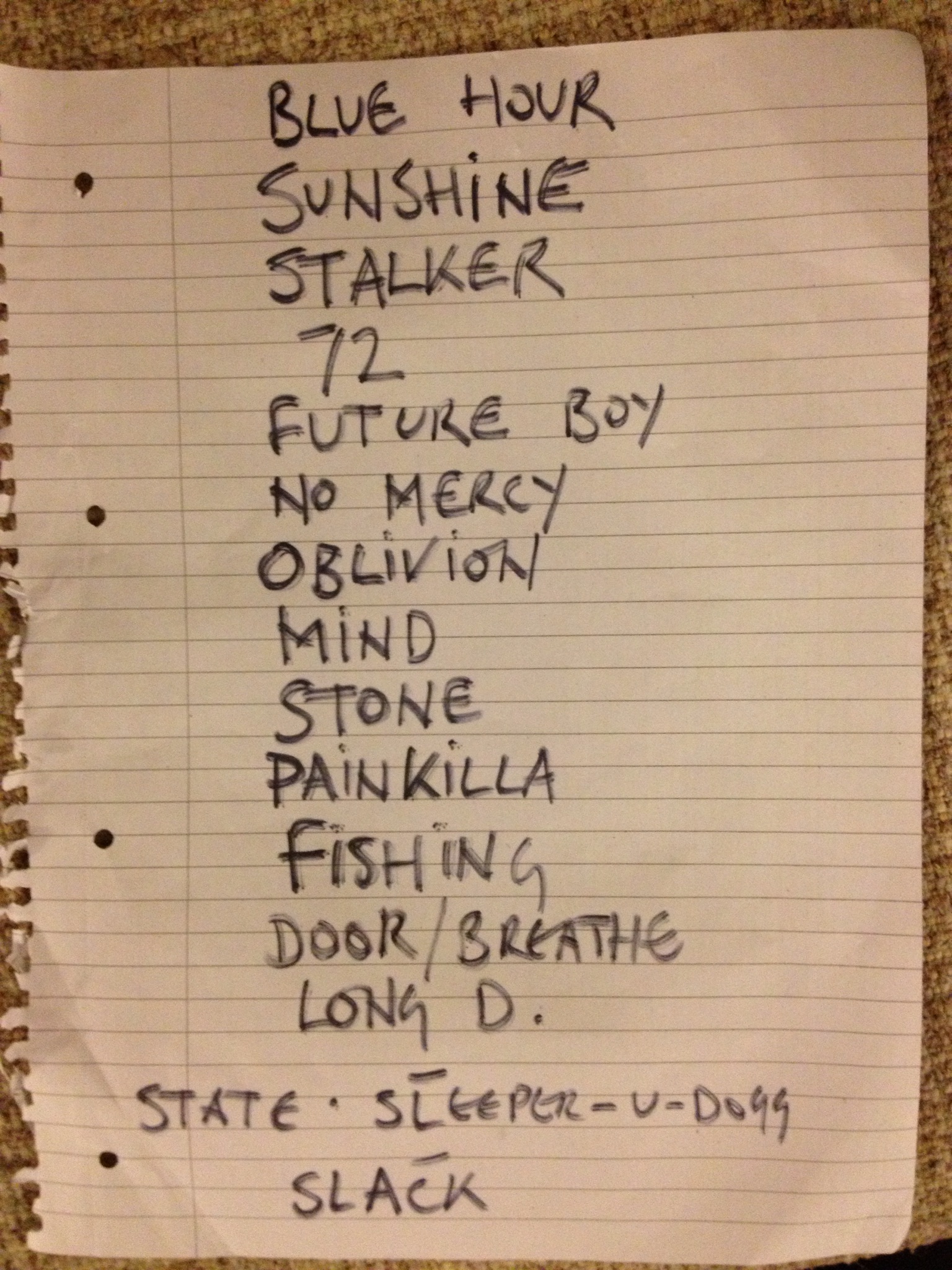 Although the more laid back and melancholic songs suit me just fine on many an occasion,  how great would it be to have a couple of belters on the new album? Work in progress track, and due for the new album, No Mercy got what was announced as its first public outing to loud acclaim. I was much taken by a song in the encores, Sleeper, and (apologies if I am being dense and it is already someone else’s song) if this too might be a newbie it augers well.

So another top evening of golden music with TB, they never let you down, they seem genuinely grateful for the continuing support (not that they don’t deserve it), and a bunch of chaps you feel you would like just to hang out with for a bit, none of the ludicrous posturing and posing, people playing music because they love it and live it.