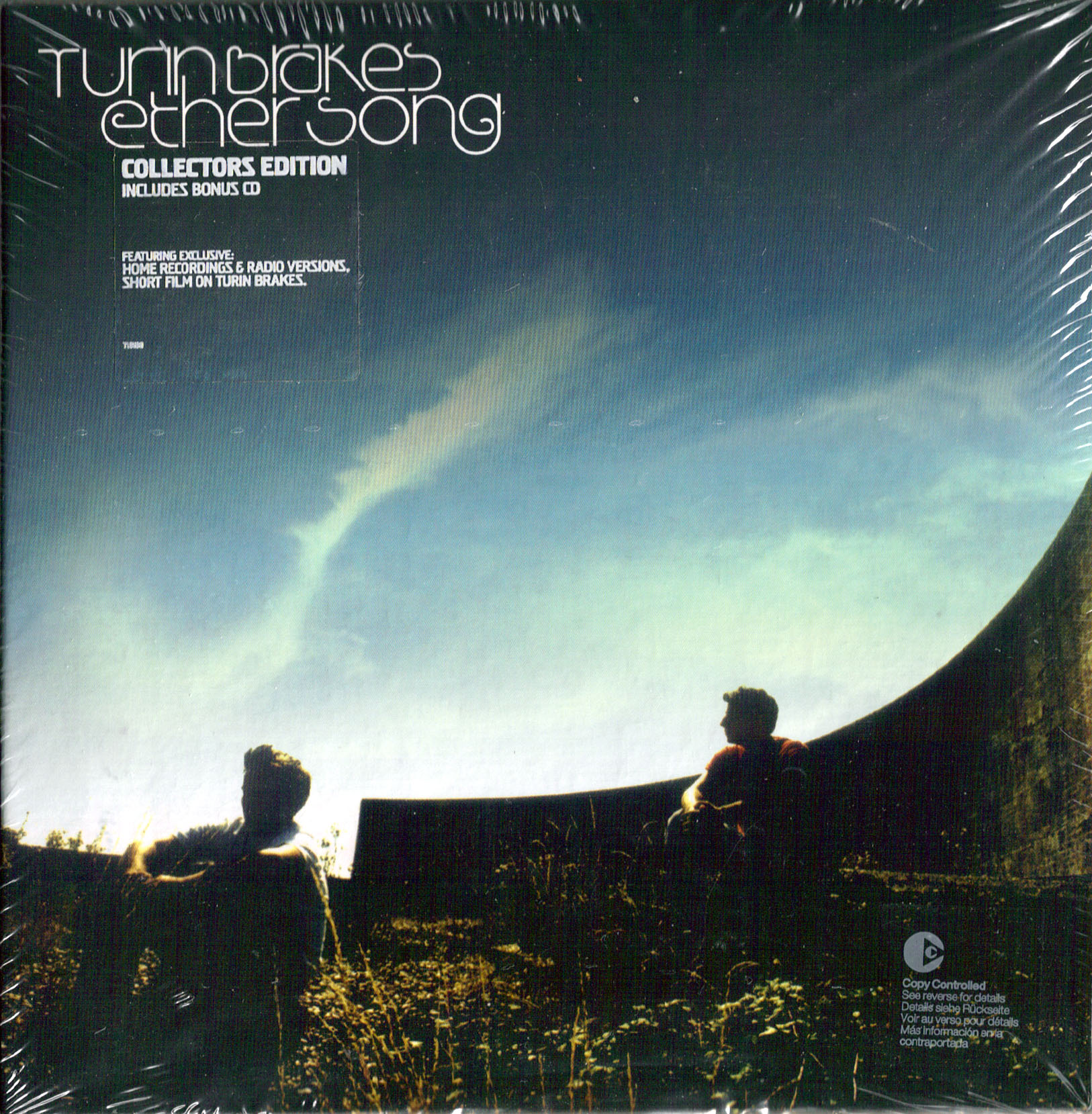 I was 16 years old and in secondary school. It was a nice time in my life. I didn’t really know it back then, but I quite liked school and the group of people I hung out with. In fact, I still consider five of these people my best friends. And it was with one of those best friends that after school,  I cycled to the Free Record Shop in Boxmeer (NL).  The Free Record Shop could be considered the Dutch HMV: the biggest record store chain, only with a crappier selection of records and more video games, films and related items. But back then, the CD selection was still okay. In fact, they had multiple limited edition copies of the record we were buying that day. Ether Song.

If I’m completely honest, when I bought that record that day, I wasn’t yet the huge Turin Brakes fan I am today. It was Ether Song that made that happen. I had listened to The Optimist LP for about a year-and-a-half and it differed so much from the music I was used to (Phil Collins, Paul Simon and other artists making music with “real instruments”) that I didn’t “get” most of the songs. Underdog I “got”. Mind Over Money I “got”. Then I “got” 72. And it was only a couple of months before Long Distance I could honestly say I liked The Optimist LP as a whole.

Still I was excited about Ether Song. I had been hanging out on the official Turin Brakes forum that had been launched in October 2002, I think. Most of what happened on there went over my head – my English wasn’t that good back then – but it was addictive and we were all anticipating Ether Song very much. So as proper fans should, we went to that record store on our bicycles to get that album. I remember looking in cd rack and noticing the digipack being bigger than other CDs. I remember the plastic wrap. I remember it was a nice Spring day and getting the CD out of my bag and holding it while cycling the 11 kilometers home. I don’t think I remember any CD buying experience in as much detail as this one.

What is most striking about Ether Song is how most people’s opinion has changed over the years. While it was made clear from the start that Ether Song would be a different affair than The Optimist LP, I still remember ranting about the weird sonical production. While I couldn’t deny the quality of the recorded songs, I could deny the way in which they were recorded. To say that Tony Hoffer ruined Ether Song wouldn’t be weird at all. In the long run though, it’s the production that has made this album a win. For those willing to let it sink in and let the songs win you over, Ether Song arguably remains sonically more interesting than it’s predecessor. Although people will always be comparing these first two records, I hope we can conclude that they’re both really good albums, for completely different reasons.

The album’s quality is perfect summed up in the final words of the final song:

You can’t take a photograph of it at night
It lives in the code of a fire fly buzzing
It vibrates through brick walls, keeping their time
It cuddles the creeping chaos coming
I see it more clearly than ever before
I’m in its invisible river a-flowing
Through everything I’ve ever been through before
Heads up, somethings really happ-e-ning

Or as the guys said in an interview during the launch of the album:

So what’s your favourite song from Ether Song?

I really don’t know. There’s times when I think Blue Hour is perfect. Then there are times when I don’t think things can get any better than Full Of Stars. The soundscapes hidden on this record, like on Long Distance, Falling Down and the hidden title track are sublime (I use the title track to test drive speakers and stereos), and more often than not, I find that Rain City is the perfect song for the moment I’m experiencing. Be it late at night or early in the morning. But then again, Panic Attack is the most intense thing I’ve heard on record, or at least it has become that for me. And the opening lines of the title track have become like a mantra (In the ether, In the ether’s air, Would you be there? Would you be my friend?)… It’s life and death feel and theme seem more relevant than ever.

There won’t be a tour to commemorate it. But what we all can do is put our speakers in the window, play Ether Song and let the wind take the sounds of the album on a journey. Way up high. It’s only fitting that these sounds end up high in the air… In the ether’s air.