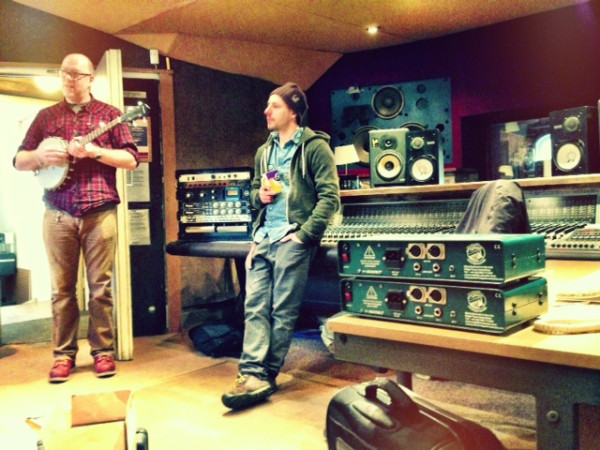 Ali Staton, mixer and master (it’s not really called that, is it?) of We Were Here has talked to a journalist from the prestigious Audio Pro International about recording techniques. In particular about using analogue tapes on the new Turin Brakes album. Here’s the article full of technical considerations if you’re interested.

I had the fortune of visiting Real World Studios recently, where I met producer and mixer, Ali Staton.

He was tracking a new album for Turin Brakes while I was there, courageously working on two-inch. “Just the drums to tape and then into Pro Tools for the rest?” I asked. Nope. He was tackling the entire tracking process on tape.

We talked about the process being cathartic, imposing limitations, making decisions as you go, and not having to look at a computer screen. The tape workflow had a history. He was returning to his roots and to the roots of production.