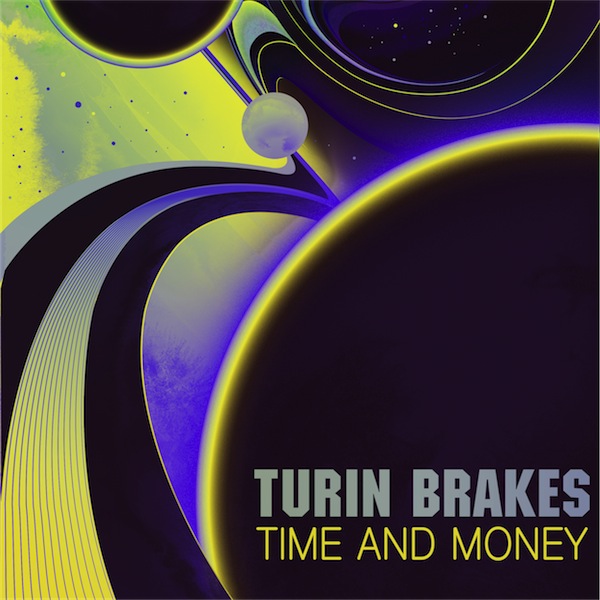 But what is classic Turin Brakes anyway, and was there ever a time when we got to enjoy it before? Every time the band have pushed us onwards: from Ether Song, which forced us to discover acoustic songs beneath thick layers of effects and production to the melodic folk of Outbursts, the guys have always strived to something new. So depending on when you discovered Turin Brakes, ‘Classic Turin Brakes’ is probably some combination of The Optimist and Ether Song. But whatever era constitutes as classic for you, you never got to enjoy it for more than 2-3 years, when things would be radically different yet again.

There were some songs that had a more classic TB feel to it in the past. Yes, Mirror is a bit like State of Things with it’s rolling chorus, but its instrumentation/production make it sound completely different. And it serves more as an reference point for the rest of the album. The band always strived for new grounds. And I’m sure they’ve done so now.

“If the Optimist was the soul of a heartbroken twenty one year old whose innocence was breaking then this record is perhaps a summation of where that soul is a decade later. Maybe a little more afraid of the world and its systems, wrestling with the idea of either fitting in or dropping out and pulling up the escape hatch.” Olly Knights, summer 2013.

But something’s different. Judging from what I’ve heard so far, including some samples and the live version of We Were Here, maybe they’ve finally did it… Maybe they’ve not only moved on to new grounds production-wise, but also finally managed to bottle some of the early-era-magic. We Were Here, I’ve stated before, sound a bit like Feeling Oblivion and it’s not that hard to hear some nods to older material in Time and Money. Gale’s guitar responses to Olly’s vocals are similar to those in the 2nd verse of 72. And the feel, it just feels… live… There’s an energy there that we recently also heard on Rescue Squad.

But to write these songs off as simple nods to the past would be wrong, I feel. Just listen to Time and Money with headphones on. There are many things going on in the background. Little guitar notes/touches, piano intermezzos, a way too short Gale solo (come on guys? Really? Cut it off when it gets good?). This is the same band that made The Optimist, Ether Song, JackInABox and Outbursts and a band that has integrated al those years of experience into a song – and hopefully the rest of the album too. Even if they had tried to make this song straight after The Optimist LP, it wouldn’t have come out as good as it has now.

So, no I don’t think we’ve heard classic Turin Brakes before. We’ve had rock TB, prog TB, folk TB and CoverBand TB… But now, imagine a whole album full of the classic Turin Brakes experience, the live feel and the labour of love that the band is. If We Were Here succesfully combines these elements on record, we are in for a special ride indeed. It might serve as a reminder to people of the band they’ve come to love, and might capture the hearts of the folks who were too young to hear it the first time round. Yes, Time and Money is classic Turin Brakes. And I think it’s been a long time coming. I think we were due some.