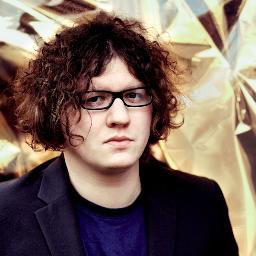 Support on the UK tour that starts in Exeter today, is singer/songwriter Kevin Pearce. Make sure you get to your gig of choice early enough to catch his set. But first get to know him a little better… Here’s some questions Kevin answered for Ether Site.

Who is Kevin Pearce?
He is a songwriter / artist from Essex, UK

How would you describe your music?
Ethereal / Future Folk

What’s the proudest moment in your music career so far?
Being asked to support Turin Brakes on tour by the guys themselves !

What are your plans for the massive tour that you’re embarking upon?
I’m planning on playing a mix of tunes from both my albums, as well as a couple of new tunes, and the odd , special cover song here and there 😉

What songs should fans definitely check out before the gig they’re attending (any links?)?
Have a listen over at: http://kevinpearce.bandcamp.com/

What song do you most look forward to playing at on tour?
I like playing ‘Tides’ quite a bit live. Always a fun upbeat one to do.

How well do you know Turin Brakes? Any stories?
I met the turin Brakes guys at a boutique festival in the summer of 2012. Turned out me and Rob Allum ( TB’s drummer ) had quite a few of the same friends within the music world, and Rob used to be in a band with a close friend of mine too!

Anything else you’d like to share?
When i was 5 i wanted to be an Archaeologist just because i liked saying the word.