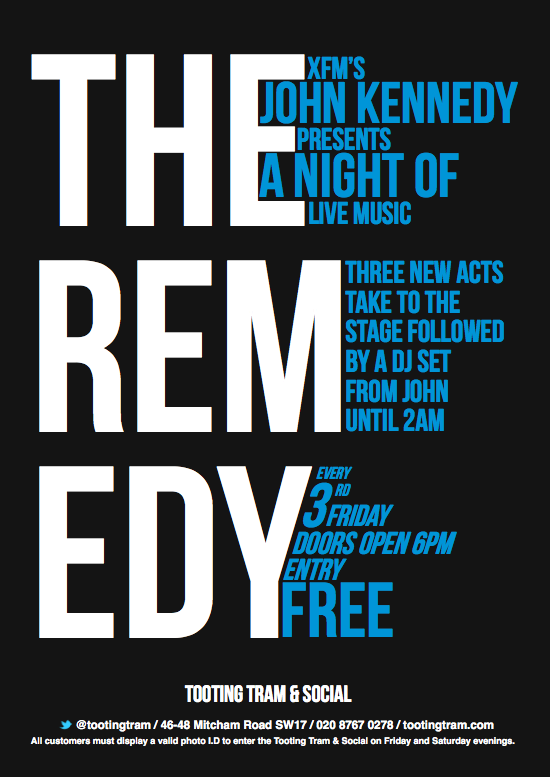 If the tweet below is to be believed, Turin Brakes are headlining an intimate London gig organised by John Kennedy (of XFM’s Xposure) in the Tooting Tram & Social, in, ehm, Tooting! Support will come from Bat and Ball and John J Presley.

Very pleased to be opening up for @johnkennedy_xfm night The Remedy at @TootingTram Jan 17th, ahead of Bat And Ball and @turinbrakes