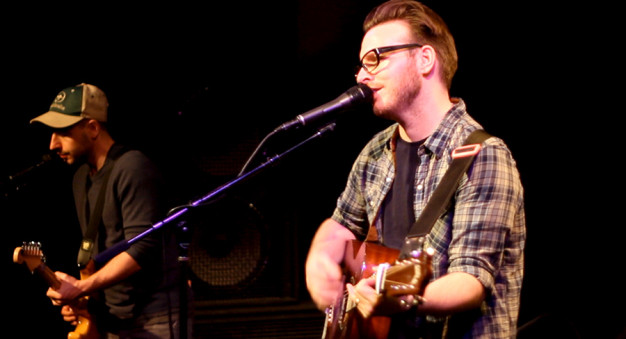 Nice! When the band were last in LA, they recorded a session for Antiquiet. The session features the first four songs from the already classic album We Were Here. Watch the videos here and then be thankful to Antiquiet for making them :).

Turin Brakes is a band we first discovered back in 2003, well before Mumford’s whole family started the trendwaves of acoustic guitar driven folk rock. In subtle, but important contrast to most of the cutesy singalongs that contribute to the latter’s marketability, Turin Brakes’ music has proven timeless, each album holding up far longer than the odd hot summer.

We’d had an Antiquiet Session tentatively planned for a long time, patiently but excitedly waiting for the UK band to drift through Los Angeles. That finally happened this year in the course of their touring to support last year’s We Were Here, and their visit to our studio at Swing House in Hollywood was everything we’d hoped it would be. Here’s Antiquiet Session #17.