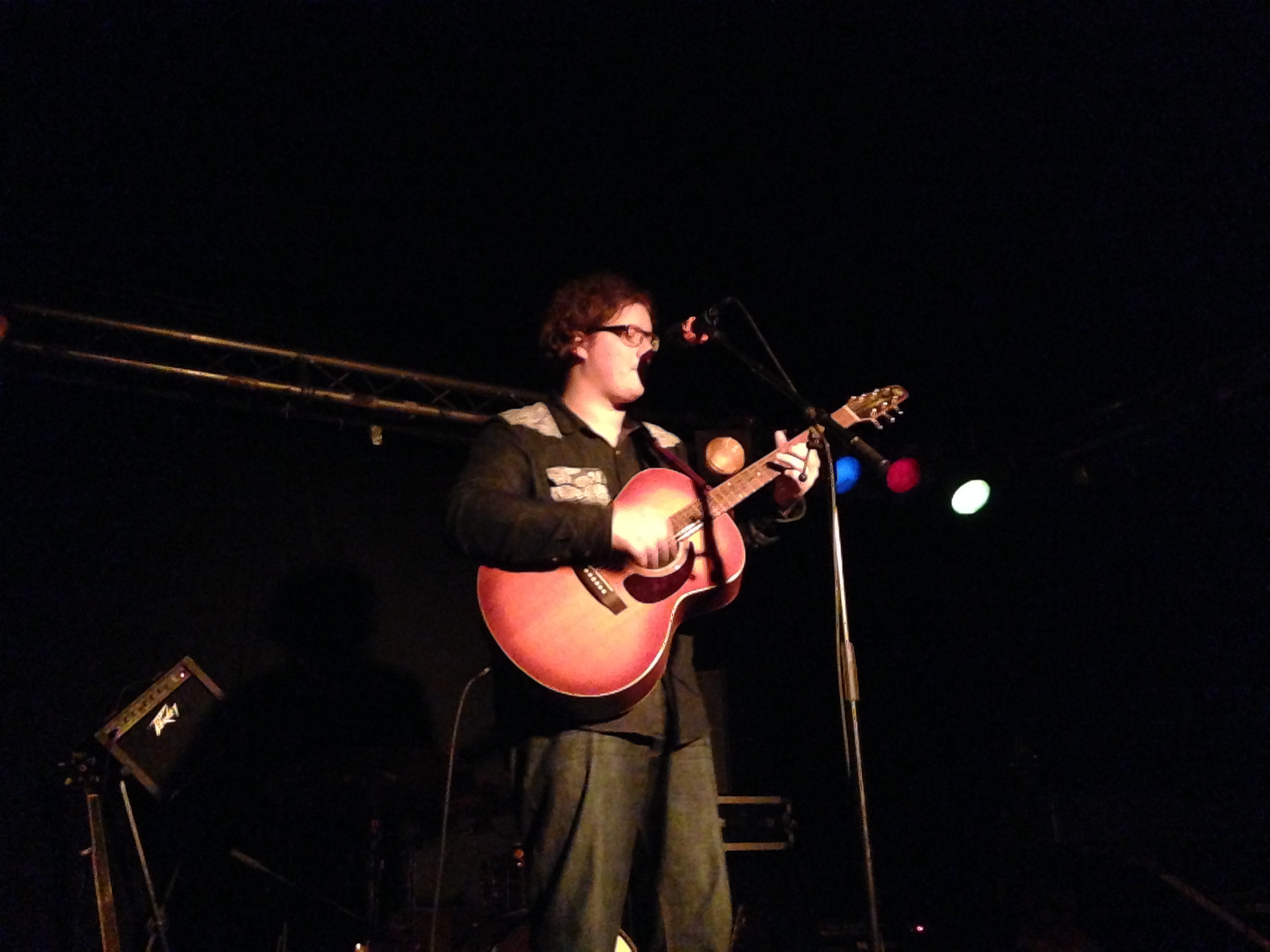 Kevin Pearce first entered the universe of Turin Brakes by supporting the band on the We Were Here tour in 2013. By playing wonderful folk songs, he quickly managed to win the attention and hearts of many fans. He recently met up with the guys at the Whisky Sessions and on his new album Dynamite he takes his Turin Brakes association one step further by collaborating with both Olly and Eddie on various tracks. I recently saw him play yet another excellent show in The Netherlands and figured it was time to ask the man himself some questions about his career, his touring experience and of course Dynamite, which is out now. His answers are below:

‘Dynamite’ sounds very ambitious and bold in places, how was the process of making it? Is it in any way bigger or better than previous records?

I think its the best thing i’ve done to date. it all happened fairly naturally in my home studio, with me making a few trips with a portable set up to other musicians house to record them. It felt way more relaxed and less intense process than any of the other records i have made.

In what ways is it influenced by Turin Brakes and your touring experience with them?

I think their professionalism really. They never do a bad show and always keep the standard very high.

What’s your fondest memory of touring with TB?

There were some great shows for me on that tour personally, but i think the maddest one where the whole venue / crowd and musicians became one was in Brighton, on the last night of the tour. it was a memorable send off to what had been a huge experience and learning curve for me.

Can you tell a little about the track ‘Bedlam’, which features Olly and singer/songwriter Tom McRae?

I had this song (Bedlam) which was just four verses with no notable chorus as such. I had in my head almost a chant kinda thing in which i could hear more voices singing the same vocal line as myself. I asked Olly Knights as I knew how strong his voice was and I had also gigged with Tom Mcrae the year before, of whom I have always loved his music. I asked both of them somewhat nervously at first and they both said yes! I’m really proud of that collaboration and to have worked with two singers that i had looked up to growing up.

Eddie Myer played bass on two tracks, what was it like working with him?

Eddie just has it doesn’t he? i think he even sleeps in time 😉 I saw him at a a Turin Brakes show early 2014 and we had a chat about my new record. He mentioned that if i wanted any Double bass on the record to let him know, which i very quickly did 🙂

What are your favourite tracks on the album and why?

I’m quite fond of the title track ‘Dynamite’ as after i had written this one, the others seemed to fall out of the sky so to speak. I like ‘The Tale of the Stardust’ and ‘Rise from the Dead’ too off that record.

Can you tell us a little about the graphic novel ‘Dynamite’ that is also written by you? Is it for sale yet and where can people buy it? How does it enrich the album?

After I had written the title track ‘Dynamite’ i noticed the chorus line almost sounded like i could be referencing a character from a book or film ( e.g. “We can’t go on living like Dynamite” ) . This got me thinking about one of my other loves , Comic books!

I had the insane idea of perhaps using the lyrics from the songs and embedding them into a Comic book of my own. I had no idea how to write a Comic, but i went on and wrote a load of ideas down. I brought in a co-writer ( Patrick Montgomery) and an Illustrator ( Shaun Speight ) to help me craft the whole thing.

How do you feel about comparisons to Cat Stevens and other artists? Are there any you feel are a good comparison?  And why?

I like the Cat Stevens comparison. I grew up listening to ‘Teaser and the firecat’ and ‘Tea for the Tillerman’ so i guess somewhere it has influenced me.

What music are you into at the moment? Any recommendations?

I keep going back in history to find music as opposed to music of the modern day if i am honest at the moment. Currently I am listening to Neil Young – After the Goldrush quite a bit.

What are your plans for the future? Where can fans see you next?

I have two shows left of 2014 – Saturday December 13th in Woodbridge Suffolk, and then a charity show, which Turin Brakes are playing at too 19th December 2 The Islington, London.

There will be a new single out early part of 2015 and many more shows next year too. keep an eye on my gig section at www.kevinpearcemusic.com

0 comments on “Kevin Pearce: from support act to collaborator”