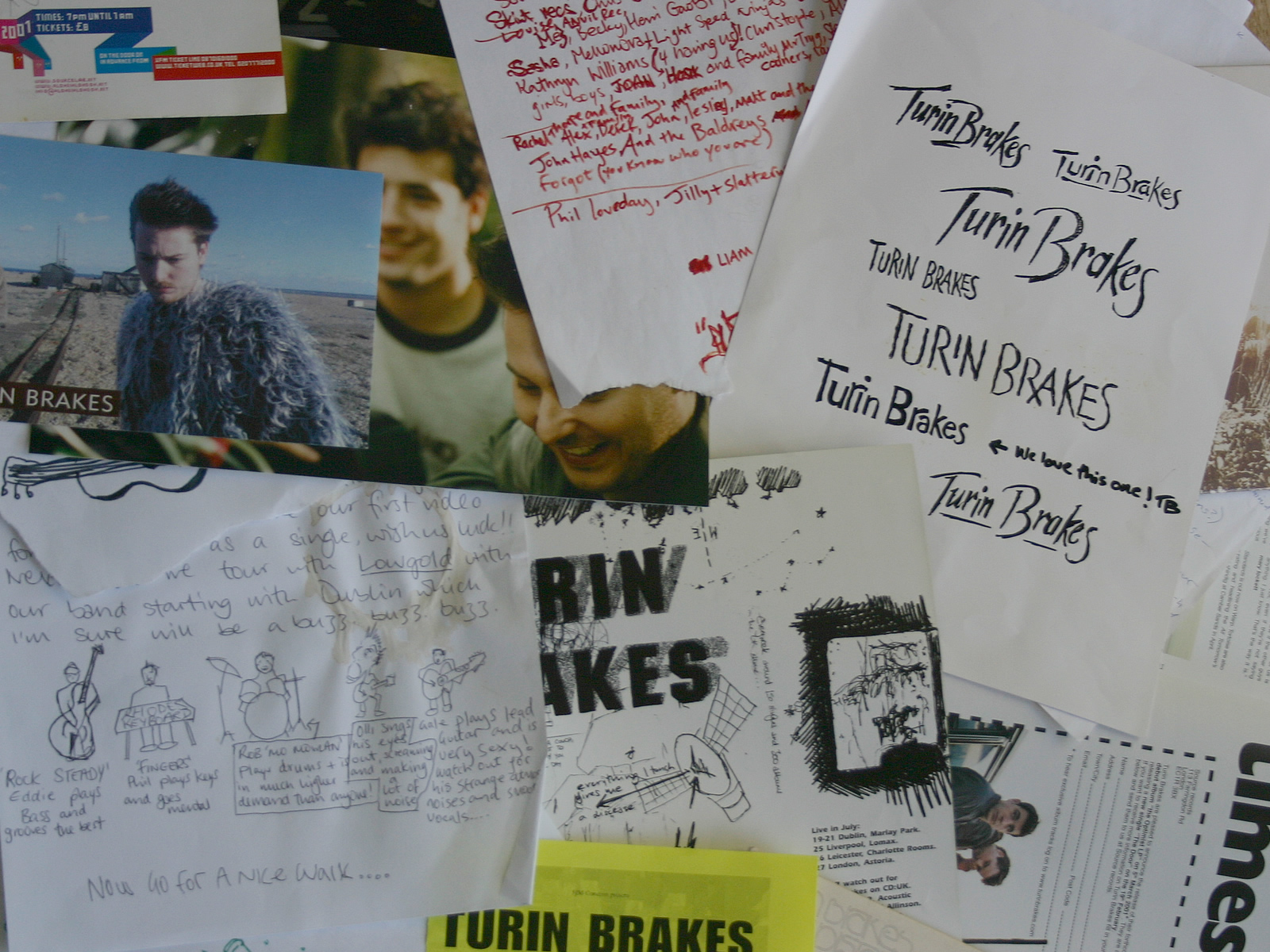 In the Ether Site Song of the Year survey this year, there was a question about the next album. Turin Brakes appear to be heading to the studio this year and we might even be listening to a follow-up to We Were Here next time we’re sipping champagne and wondering whether we’ve eaten too much food this December… So here’s a selection of things you answered. Some are serious, some are just encouraging, some are weird (and x-rated, so hide your children!) but they’re definitely nice to read and a good start to 2015’s long wait till Album 7. I’ve not added the names of the people who sent them in case they didn’t want to be named on the Internet… So without further ado… Here we go…

This is for you guys!

“Stay themselves like they always do and work together with Dotan on a few songs, I am sure they will make beautiful songs together.”

“Progress the sound of We Were Here Album”

“Do what comes naturally …think they have a unique sound and shouldn’t try to change it that much they don’t sound like anyone else which is cool, maybe a little more keyboard but really they are one of the coolest bands, Olly has an outstanding voice and you actually feel what he’s singing, always good to experiment but really this band have it nailed ….”

“More acoustic, soulful songs similar to Ether Song and that sort of thing :)”

“Some more lovely harmonies. Maybe a bit of prog rock.”

“They should just keep making albums like they always do. They don’t need my opinion. Don’t want to ruin them.”

“Keep it low-fi and authentic.”

“Add a bit more riff to the guitar work, just to see how it would work.”

“A big arena rock number, A Beyoncé cover, A song about ice cream (for the summer)”

“Same as their doing now, brilliant.”

“Do something completely different, maybe The Optimist crossed with progressive house music.”

“Keep on doing what they do.”

“Keep up the good work.”

I definitely agree with the last three ideas. And whatever else they might throw in the mix. And I agree about all the fans bringing their guitars and joining in. And the Beyoncé cover (to the left to the left) and definitely the ice cream song! And… Oh well. Plenty of ideas I’d say :). We’ve done our bit. Now all we can do is wait.