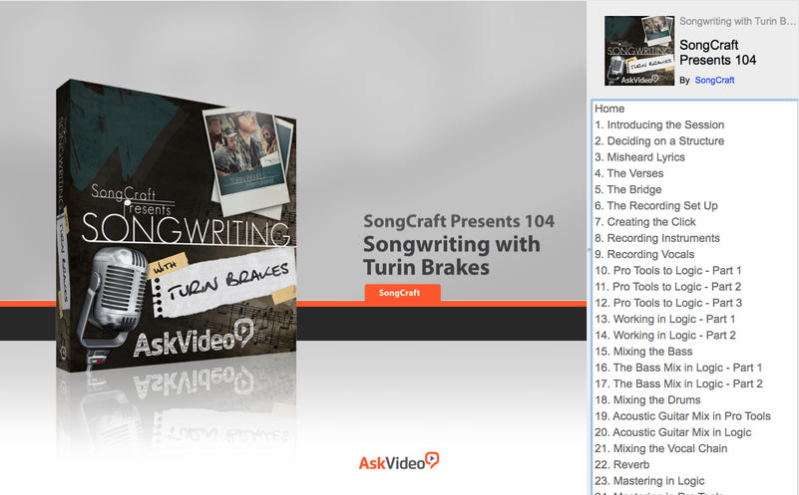 The previously released songwriting course with our favourite band is now available in the Mac App Store as an app. Before the release, the only way you could watch the 25 videos in which the band create International at a showcase at SXSW, was by subscribing to AskVideo and paying $25 per month (or $199 per year). The app is much cheaper than that and only costs 7,99 GBP (and presumably something similar in your own currency, in euros it 9,99!). It includes all the videos, from writing the song to mixing in ProTools.

The course is getting good reviews on the site:

Okay, I was wrong. This was the best of the series. The band was AMAZING!!! The song they came up with was incredible. Last but definitely not least, the engineer outdid himself and I am very very grateful for his diligence. He took his time to show his mixes and mastering in both ProTools and Logic. He did this methodically and side by side. This is definitely a video that I will keep as a reference when I get back to getting a better grasp on Logic Pro X. I think this series should be in the category of recording and production, because the detail and the time this gentleman places into his work should be studied by more than just songwriters. Overall, they deserve the 5 out of 5 stars for this video.

Stupendous! Outstanding!! Awesome!!! and some of the rolling credits were cool too… Love this song, Kudos to all ; r ) now I can’t get it out of my head, Yay

Soooo, good news in what has been a quiet start of 2015. I haven’t checked it out yet, but when I do I’ll report back here. If you fancy buying it: here’s a link. Apple OS X only!