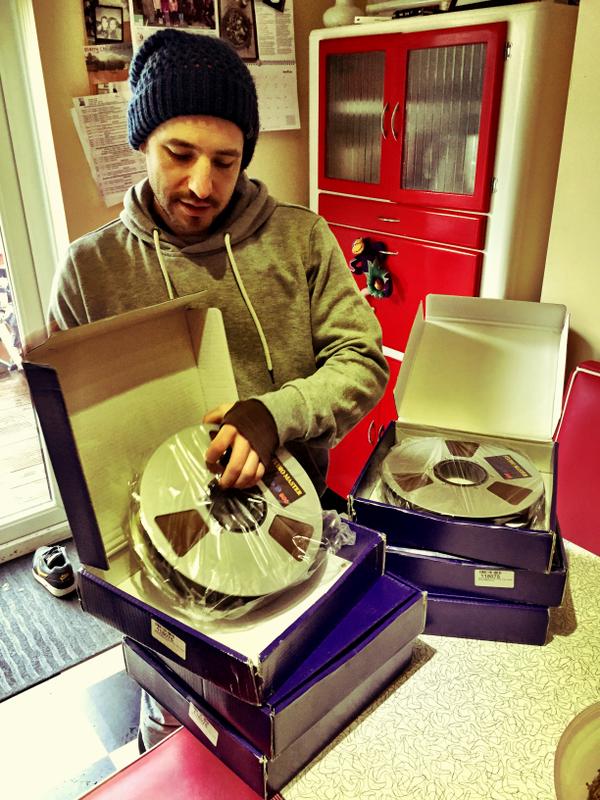 While Turin Brakes called there last album We Were Here and ended it with the bittersweet song Goodbye , it looks like Turin Brakes are gearing up their preparations for a brand-new studio album. This means that months of speculation are set to begin here on Ether Site, especially since there won’t be much else to talk about – apart from some dates mid-February in Leeds and Hebden Bridge, the touring schedule is suspiciously empty. In a very informal and speculative way, here’s what has surfaced as of today…

While the band debunked rumours that We Were Here was the last album pretty soon after the release of We Were Here in 2013, it’s still very nice that the band have actually begun work… At least, if Twitter is to be believed. The band have premiered two new songs in the last year. International (recorded at SXSW) and Be Home Soon (first played in London last May). Besides much is unknown, though Olly K has been writing songs as early as March/April last year, and most definitely since September / October.

Personally, I can’t imagine International making the album – the band haven’t really played it live since recording and releasing it and it feels very much as an in-between little project. Be Home Soon will probably be recorded – when I tweeted the lyrics last month Olly commented he’d been looking for those. That’s as clear a hint as any, I’d say.

Now, this is where it gets interesting. The band had a full-band meeting last week – probably to discuss plans or just catch up and have a coffee – but they tweeted it was a band meeting anyway. This photo was tweeted and it has a laptop and everything so it must be important:

So, perhaps they’re cooking up timeframes, discussing songs to be recorded and a strategy to take over the government.

More interesting things. For We Were Here the band went to Rockfield Studios to record on good-old-fashioned analogue tapes. The guys appear to either be taking a similar approach this time, or to be hoarders of all things analogue both audio and video:

When you wake up and realize @ollyknights from @turinbrakes buys the last E100D carts. There are worse ways for a film stock to go out.

If my understanding is correct, than E100D carts are for video recording, but I might be wrong… This tape might not work though:

We’ve got tape and recording gear, ready to get going pic.twitter.com/qX7rFaurnm

The band probably thought this analogue full-band approach worked on the last album, so why not repeat it and build on it for future albums? Maybe even use video in the mix?

Whether Ali Staton will be back on mixing duties remains to be seen. He did reply to the photo of Gale on Twitter saying: I love the smell of a fresh reel in the morning. Conspiracy theorists might bet money on it, if they think spending money isn’t part of some conspiracy.

So, that’s all we know so far and it’s enough to get just a little bit excited. It will be interesting to see whether any new songs will get played in February or whether the band will take those last two live outings to once again relive the last album live. Whatever the case, I hope it will provide them with fresh inspiration to work on something awesome and that we will see it before the year is out. Fingers crossed everyone.