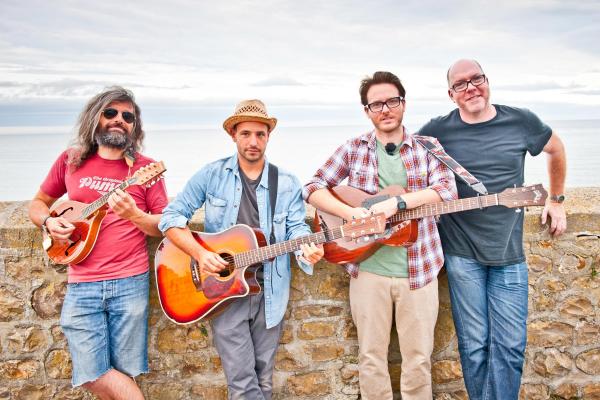 Turin Brakes have just announced their first festival appearance of 2015 at Lyme Folk. This may very well be one of the few dates they play before the release of the 7th album… As one Julie Sheppard comments to the Dorset Echo it is the second time Turin Brakes play the festival in Lyme Regis:

“We’re delighted that Turin Brakes have agreed to be the opening act this year. They were firm favourites with the audience when they last played here and we’re expecting heavy demand for tickets when they go on sale.”

The festival takes place at the Marine Theatre. TB play on 21 August. At this moment in time, tickets have yet to go on sale. No other artists have yet been announced. We’ll keep you posted. For now take a look at this sunny picture of the band and pretend it is Summer already: