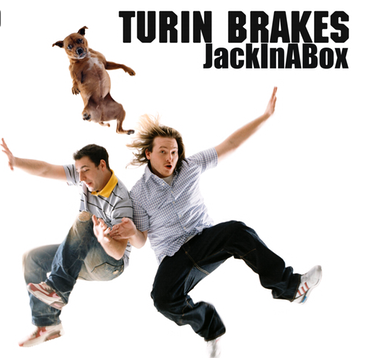 This weekend, we celebrate the 10th anniversary of the ‘JackInABox’, the third Turin Brakes album. In many ways it’s an important album, because in its own way, it set the stage for everything that came next. It’s bold, sunny, self-produced and carefully crafted. And whether this is your favourite Turin Brakes album of them all, or whether you haven’t listened to this in ages, it is worthy of your attention 10 years after its release. In three posts (album three, after all) we’ll convince you of this. The first post contains a very nice blog written by Nicola Tyzack and is also being published on Record Rewind Play. Part 2 is a special edition of The Ether’s On-Air Podcast full of rarities and unreleased music from this era. Part 3 will be all other fan contributions and some additional comments by myself. So stay tuned this weekend. It’s gonna be good.

So, it’s been a while, but here’s another installment of the Ether Site podcast, The Ether’s On-Air, there’s lots of acoustic fun in here, all from the JackInABox era. There’s live versions of some of JackInABox best songs and some pretty swell rare songs that you may not have heard before (including a Japanese bonus track). In-between there’s some banter with Dutch accents, but I think you’ll find more music than talking in this podcast. Anyway, hope you enjoy! Let me know if you want me to do more or have any ideas to improve it. 🙂

The Ether’s On-Air 003: 10 Years JackInABox by Stefan Meeuws on Mixcloud