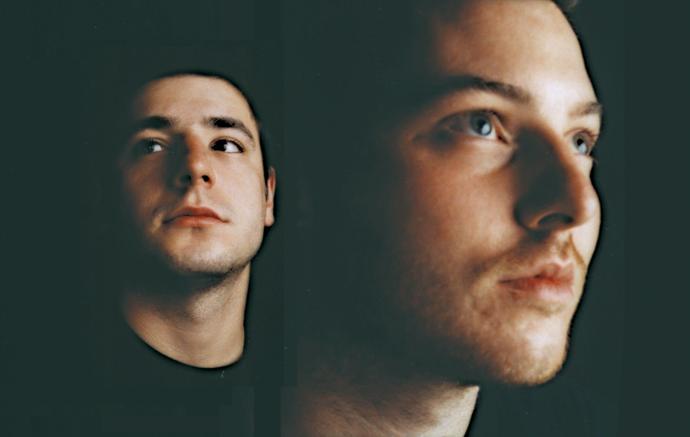 This weekend, we celebrate the 10th anniversary of the ‘JackInABox’, the third Turin Brakes album. In three posts (album three, after all) we celebrate this glorious album. This third post contains fans’ comments on the album! Also check out the first post, which contains a very nice blog written by Nicola Tyzack and the second post, which has a special episode of The Ether’s On Air…

Turin Brakes’s music has always accompanied me on every holiday I take and the obvious holiday song is “Above the Clouds” whenever flying anywhere, but 6 years ago I was holidaying in the States exploring Tennessee and North Carolina. I was sat in the middle of a thunderstorm at Lake Lure. As the rain cleared and the sun set I saw lots a brilliant green lights flashing in the distance near the lake. I was trying to work out what the hell it was and asleep with fireflies popped up on my mp3 player. The feeling of joy and euphoria was indescribable!
Country: United Kingdom
Favourite song from JackInABox?: Asleep with the fireflies

After I discovered Turin Brakes in 2003 via the Painkiller video on TV, I immediately became interested in those guys with the guitars. I bought Ether Song a few days later and played it over and over again. Later, I did the same with The Optimist LP.
So, when on June 2005 I visited London for the first time it was clear what was going to be one of my purchases there. I hadn’t heard anything about the new album (there wasn’t Spotify or similar services those days), and I was eager to do it. When I entered a HMV store I rushed to the CD and played it for a while. I was instantly hooked on the rhythm of Red Moon, the song that I most have played of the album without a doubt.
I remember that trip for many things, being one of them JackInABox.
Country: Spain
Favourite song from JackInABox?: Red Moon

That year I travelled up and down the UK to computer events, and even to Copenhagen (with a quick detour to visit The Little Mermaid) to see an awesome concert of computer music. I was on a coach back from Manchester when England regained the Ashes.
But I did not get to see Turin Brakes that year, as I had during the Ether Song tour. When the new album JackInABox was released, it took a while for the tracks to sink in – but there was one that I enjoyed from the start.
That was of course Fishing For A Dream, a gorgeous combination of jangly guitar riff, heartfelt harmonies and lush lyrics. That intro never fails to make me feel warm and wistful, and the beautiful instrumental version is a delight. The video is one I like too, a simple premise but well executed. There was also a web game that featured the music, linked from the old web forum, but I’ve forgotten what the game was about.
It’s one of the Turin Brakes tracks that pops up as incidental music on BBC TV programmes from time to time – someone (as well as Dermot O’Leary) is clearly a fan. Hearing it live is always a pleasure. Ten years have passed, but it still sounds fresh.
Country: United Kingdom
Favourite song from JackInABox?: Fishing For A Dream

Wow. 10 years have passed? 10 years since I saw Turin Brakes live for the first time? Listening again to JackInABox with more attention than normally perhaps, I realize I didn’t get this album AT ALL. When it was released. Yes, Come And Go is amazing, as are Building Wraps Round Me and Fishing For A Dream, but as a whole the album didn’t make sense to me. Returning to a more acoustic, home-grown approach, I was looking for an intimate affair, but what we get instead is a carefully crafted album full of epics. As a whole, the album seems like a mix of everything – sunny California guitar pop to space bossanova – but overall it seems to me: this album doesn’t do anything half-assed. It goes all-in in the different styles and when it works, it works really well.

JackInABox didn’t feature a big a hit as Painkiller but you’ve got to say that by now Fishing For A Dream has the same status as Underdog (Save Me): you can’t really have a Turin Brakes gig without it. And it seems to be impossible to play this song without it having an impact. It’s good. Really good. If it were up to me, Come and Go would be a similar live classic, but alas, I’ve only heard this song live, one time. I keep shouting for it, but they never listen :(. Still, Fishing For A Dream could have should have would have been a bigger hit than it turned out to be. It’s in the hearts of many and one images that with the right promotion it would have been a bigger hit. Oh well!

The album makes much more sense now we’ve had several follow-ups. The title track now reminds me most of Dark on Fire‘s rock, but without the gloss. Building Wraps Round Me reminds me of later tracks like Apocolips and I rest my case that it still would makes a great ringtone (just like the Outbursts song, I in fact still use that). There’s some gorgeous, intimate harmonies here as well, Forever is a song that I’ve only come to appreciate more as I got older. I wrote it off as being a bit too cheesy at first, but perhaps that was just my teenage mind (yes, I was a teenager 10 years ago). I was very selective in my music choices back then ;). Or I’ve grown to be a sappy and sentimental adult.

All in all, this album has something for everyone. It’s a Turin Brakes album that tries to please all the fans, yet manages to be full of surprises. It won’t go into history as the best-selling Turin Brakes album, but it’s one that some classic songs on it and it is a fundamental part of the Turin Brakes world. This is many fans’ favourite album and rightfully so. As opposed to Ether Song and The Optimist LP it showcases many different sides of our favourite band, that would later be explored in even more (subtle) detail. It felt good to take the time to listen to it again after some time obsessing over We Were Here. There’s so many memories here that I can’t wait ’till I get to do it with Dark On Fire in 2 years time!
Country: The Netherlands
Favourite Song: Come & Go