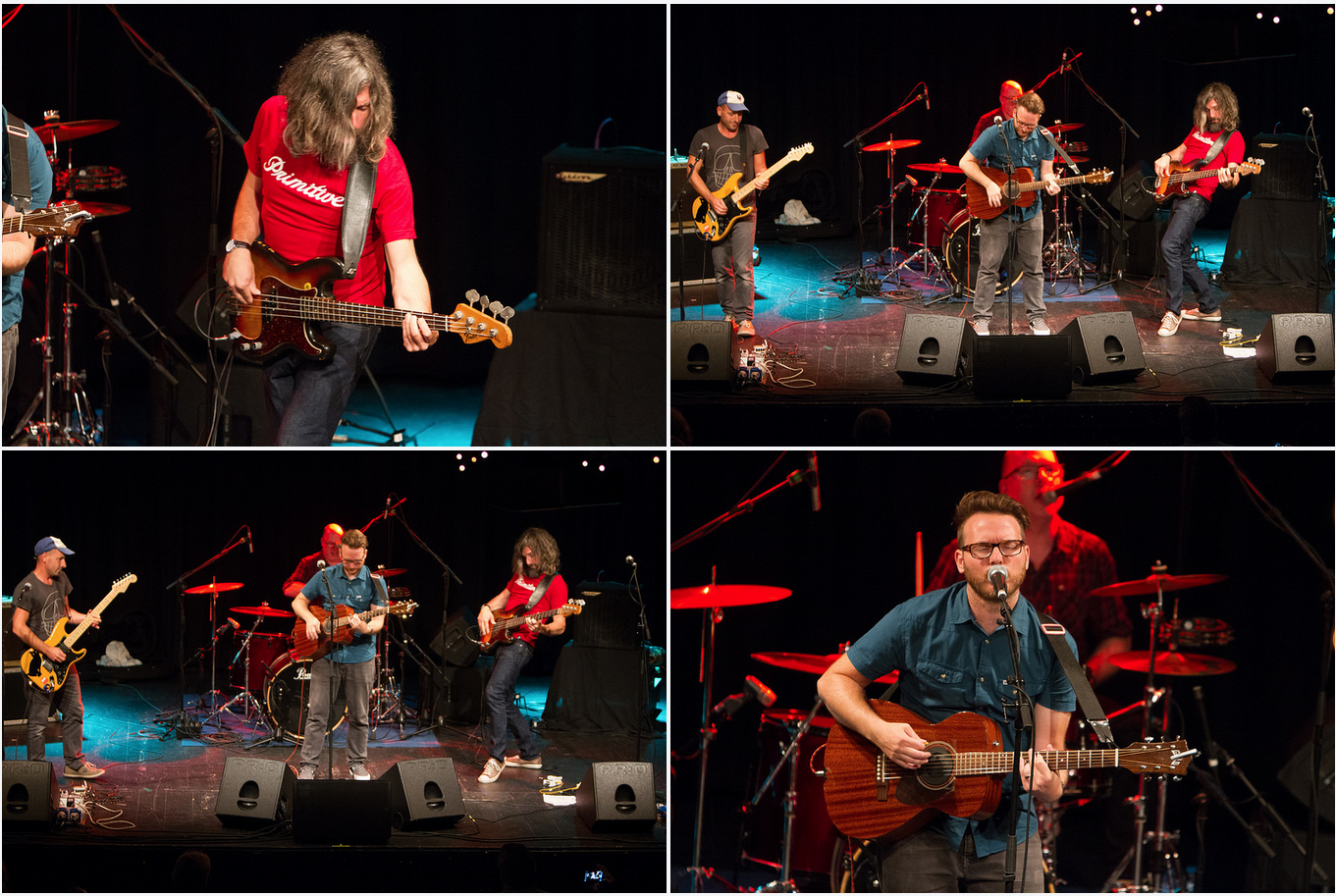 Last month at Lyme Folk Festival, Turin Brakes have played three new songs. Besides the previously premiered Jumpstart, two songs had their world premiere, and go by the name of 96 and Lost Property. Unfortunately, those songs have not been recorded on video. But at least now we know of 7 song titles that might make it on the new album. What we do have is a huge album of nice pictures and a video of Underdog (Save Me) by photographer Jonathan Warner. Click on the grid below to view all his pictures on Flickr.

In unrelated news: Eddie Myer plays bass on Emily Browne debut album that is released on 23 September. Another TB-related credit: the album was mastered by Frank Arkwright of The Optimist LP, Outbursts and If Not Now When fame at Abbey Road Studios.