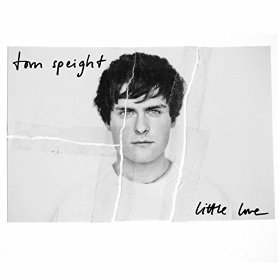 Tom Speight, support act for the Lost Property tour and this Friday in Liverpool, has been working with our favourite band these past years and one of the fruits of their labour has surfaced on the Dermot O’Leary show last Saturday. If you stuck around after hearing Keep Me Around – for another two hours – you heard Little Love, which features Olly Knights on backing vocals at the very least. Dermot even says so at the end of the song, that it’s featuring Turin Brakes. Tom Speight is formerly known as Thomas J Speight.

The song is said to be released on a new Tom Speight EP also called Little Love released on 15 January and available for pre-order here. More details when we have it, the full tracklist is as follows:

Not sure if the other tracks have any TB-involvement, but the samples sound very nice. Listen to the full Little Love song 2 hours and 39 minutes in here.