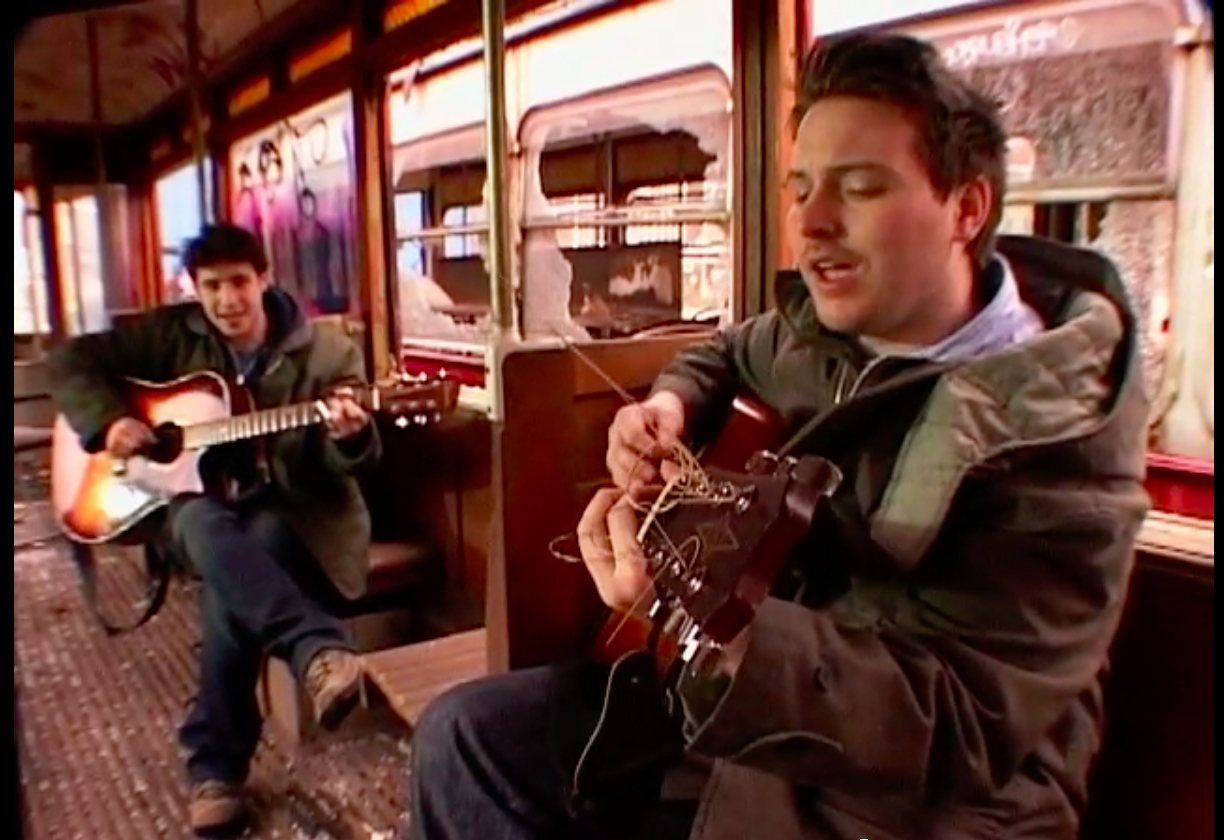 Back in 2011 I wrote my ‘Optimist’ story, how I got into my favourite band (Turin Brakes, you know).

One day in 2001, my best friend saw a documentary on tv on bands using acoustic guitars. Before then,we’ve been listening to all kinds of music that we deemed to be “good”, not the synthesizer stuff and dance music that was dominating the charts, but music made with real instruments, by real musician. My best friend had been mastering the violin, I had been playing acoustic guitar for several years. However, ’till that day I didn’t know many songs that were meant for acoustic / classic guitars, so I switched to electric guitar, to start a band and be cool. I think I’m not wrong in saying that, after my friend saw this documentary on tv (exploring whether there was such a thing as a “new acoustic movement”), he wanted to play guitar too. I spent the first months teaching him the basics while he tracked down the albums from the bands involved.

I never actually saw this show called Lola Da Musica, so while I tried to track it down many times over the years, it was never available for streaming online. Over fourteen years later it has finally appeared online. I found it while looking for new Lost Property info, and instead got thrown back to 2001 to the very beginning of my fandom and saw a documentary that explores the music part of the so-called New Acoustic Movement exclusively by having the artists that are supposedly in it talking about and playing their music. Therefore it features very rare archive footage of bands like Kings of Convenience (first third), I Am Kloot (second third) and Turin Brakes. The documentary opens with Olly talking and then shows of the other bands before getting back to Turin Brakes at 22 minutes.

I can’t stress enough how much this documentary has influenced me. While it was a friend who watched and not myself, it’s the direct correlation between me liking Underdog, starting this website and seeing this band so many times live. Please enjoy this and then think that this is the same band that’s currently gearing up to release another brilliant album (I assume, I haven’t actually heard it).

It’s in English, there’s no subtitles even, and I don’t think there’s geoblocking involved. So no excuses. Let me know what you think. Where did it begin for you? Here it begun for me: