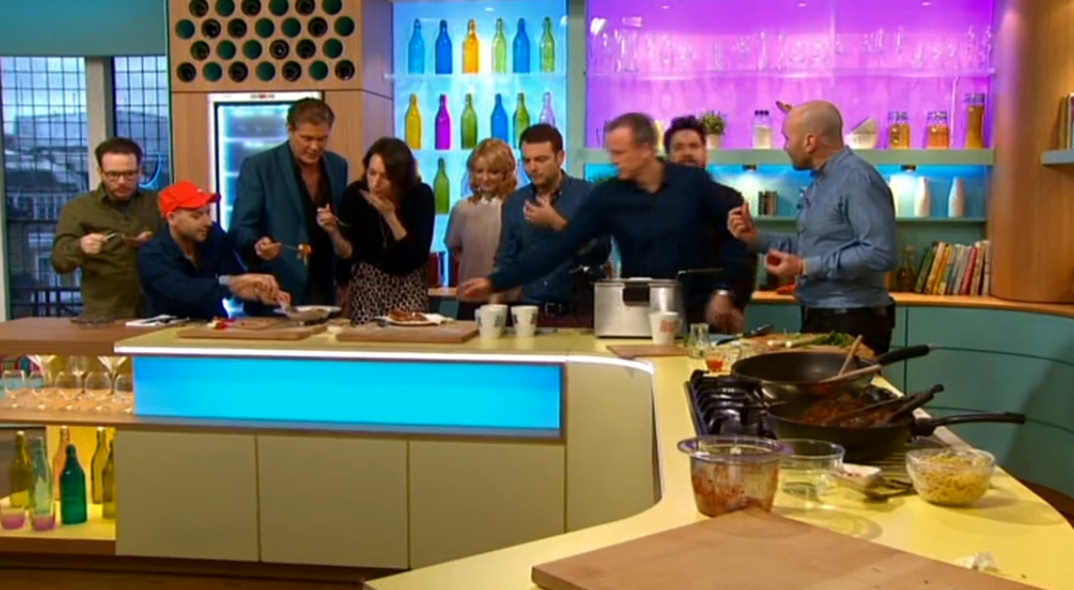 Here are the videos from this morning’s appearance on Sunday Brunch. A short interview + Keep Me Around. There’s also some great rehearsal footage on Periscope that sounds pretty much as good as the real thing ;). The guys talk about a nice tote bag that will be for sale on tour but isn’t in the clip. It’s black and white has the alien man from the artwork that can be viewed on the official site. The official site also has some behind the scenes photos.

0 comments on “VIDEO: Turin Brakes on Sunday Brunch play ‘Keep Me Around’ + Interview”