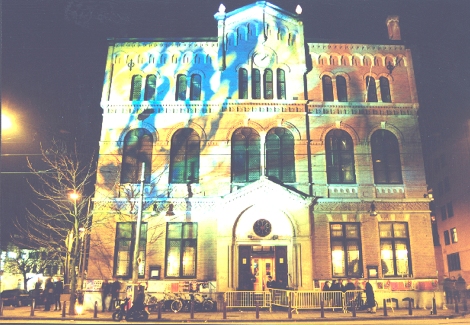 Time for today’s headlines in Turin Brakes play Capitals Of The World News:

After the Union Chapel on 20 February sold-out in a blink of an eye and then some, the band have wisely announced another London show. Sadly it’s not in February but aaaaaallllllll the way at the end of the year on December 9th, at Islington Assembly Hall. What better way to end a year full of TB highlights :). Imagine the lives we’ll have in between… And then… TURIN BRAKES LIVE IN LONDON! Tickets are on sale now. According to The Guardian, the venue is quite nice.

Meanwhile, Turin Brakes Amsterdam show at Paradiso was sold out over two months in advance. Yay! DUTCHIES REPRESENT! Therefore the gig has now been moved to Bitterzoet, a lovely slightly bigger venue closer to Amsterdam Central Station. This means 100 additional tickets have been released, which will go like hot cakes. Get them now. Previously bought tickets are still valid but please note the gig now starts later (8.30PM). Which seems better anyway. Ether Site will be at the show, so come say hi ;).