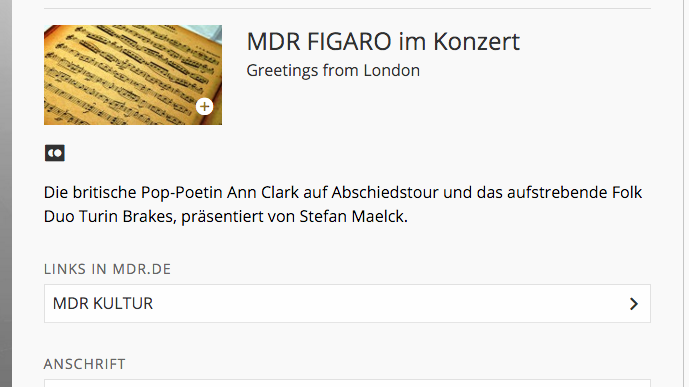 UPDATE: This turned out to be a broadcast of The Optimist Live show at Koko in London. Which is also available on CD.

Turin Brakes performed at The Troubadour in LA in 2014. Now this show is being broadcasted in Germany tonight on MDR alongside a gig of Anne Clark from 8PM (German time, so yea, that’s like 7PM in the UK). Some German details here. You can listen live on the website.

I don’t think this gig has been broadcasted before, so I can’t wait to hear how it sounds!!