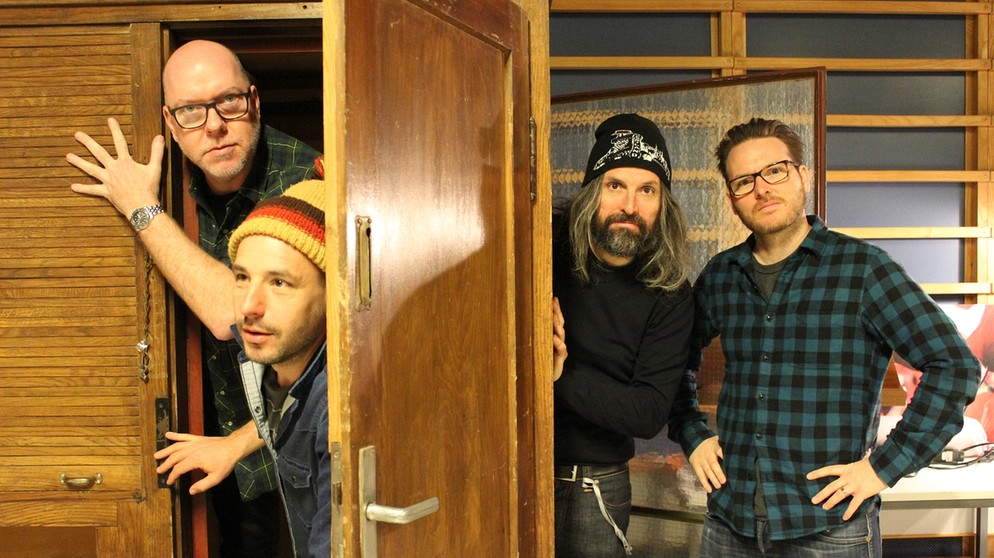 So Turin Brakes are heading to their first Summer festival of 2016 (not counting the winter-ish Celtic Connections), Bearded Theory, this Friday.  Turin Brakes headline The Woodland Stage, check out the full line-up here. Then on Saturday, Turin Brakes play a sold-out show at The Trades Club in Hebden Bridge. Support comes from Deadwall. Then it’s off to River Cottage in Axminister, which also appears to be sold-out. Then finally, it’s on to the second festival, the Hay Festival on Monday night in Hay-On-Wye, Wales. Tickets for this are only 10 quid and still available! After that, the festival season well and truly kicks off this June with Isle of Wight and Glastonbury. Can’t wait to see the buzz for those shows. In the meantime, here’s a nice press round-up for you guys from the last weeks (months, really)…

Here’s an MP3 interview from German radio (Bayern 2), with this great picture. Some German translations in between teh questions, but a good listen with a lot of business talk. We Were Here was an important record, a water-shed moment: “it was when we decided: ‘yes we’re gonna carry on’…”:

A really great live session version of Underdog (Save Me) and Keep Me Around.  Underdog is especially awesome. I can’t stretch this enough.

Olly Knights talks in a masterclass interview about writing music. He calls himself the Woody Allen of music writing. 😉

Interview with Olly and Rob (separately for some reason, it must have been a bad day ;)) for Absolute Music Chat about all kinds of stuff. Including what show he’d like his music to be on… “Better Call Saul, so much flavour.”

In April, Tom Speight (who supported on the UK tour earlier this year and co-wrote 3 songs on Lost Property) played a gig in London where Olly and Gale joined on Little Love (a song they wrote together) . Pretty sweet:

And last but not least but most recently: Ether Site friend Nicola interviewed Rob Allum extensively. It’s a great read and includes interesting comments like Jump Start probably being the next single and plans for 2017:

2017 could well be an Australian tour, a possible US trip, summer festivals and a bunch of one-offs or little clusters of shows around Europe and the UK. Hoping to get to Ireland if possible too. So, we are gonna be busy enough as we move towards maybe not leaving it too long before the next album… to be continued…

0 comments on “Press Round-Up EU tour and after”