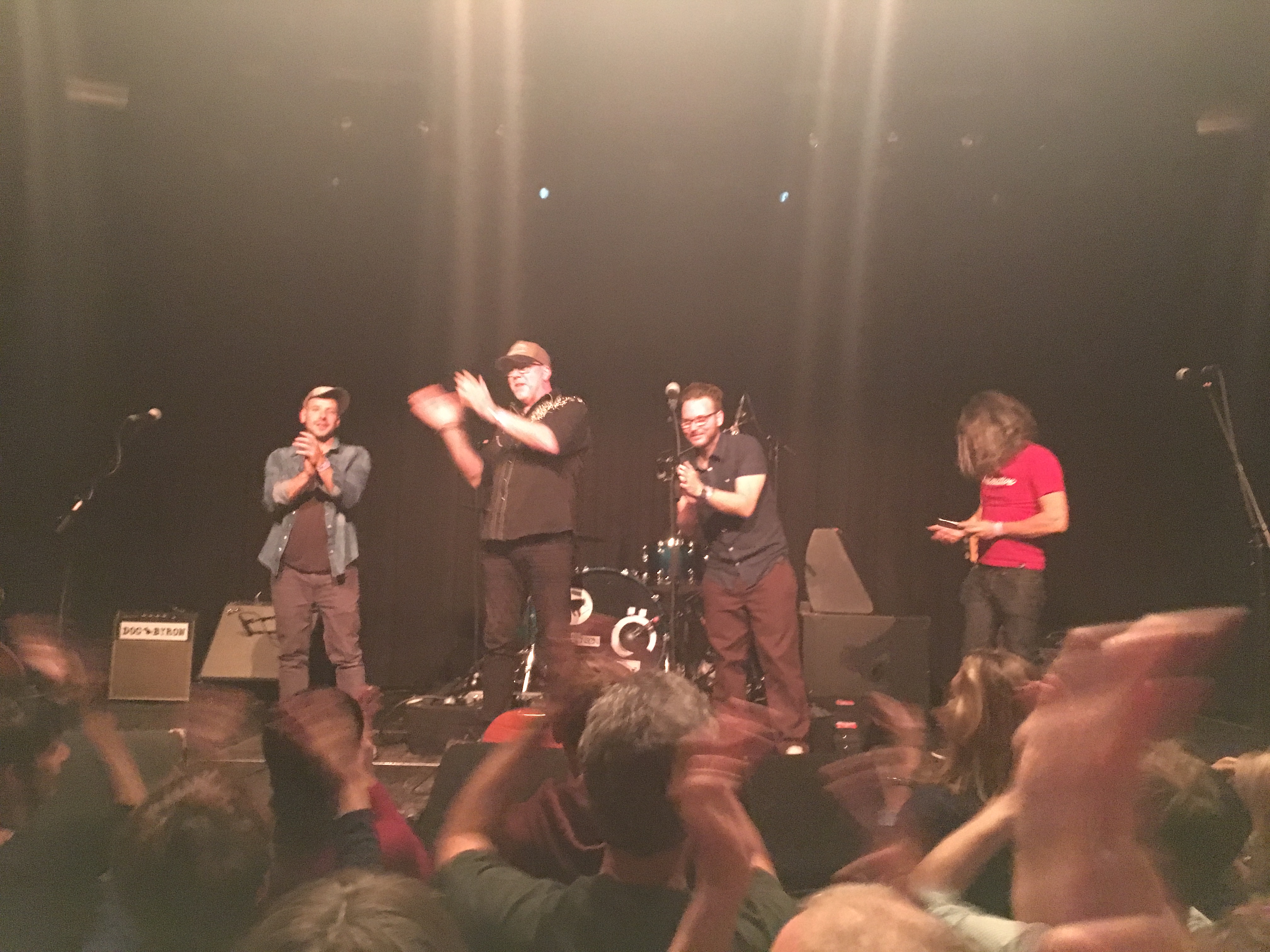 If you’d have told me back when Lost Property was released that we’d have a follow-up Turin Brakes album in two years time, I would have doubted you a little. Not that it’s impossible at all, but for a band going as long as Turin Brakes have been going, it’s not crazy to take a gap year every couple of albums. After We Were Here  and Lost Property, Turin Brakes were due one, but instead they seem to want to finish a trilogy of albums made at Rockfield Studios with Ali Staton. I’m not complaining at all! Having not heard a single note of the new album, all we have is a title and release date so far – we can honestly speak of the calm before the storm… The Invisible Storm, yes. I’m ready!

Basically the only thing we know is that a new song premiered at The Source Years gig earlier this year, called Tomorrow. We don’t know if it has actually made the album because we don’t have a tracklist yet. We do have a press blurb with some hints:

Yet all along the way new material kept bubbling through. New songs kept popping up, in soundchecks. Light-bulb moments materialised in midnight sessions in hotel rooms or in any spare moments found.

This is a key paragraph for me. Turin Brakes clearly have found a creative mojo that seemed to pay off. Lost Property worked both on a radio airplay level and hitting the right notes with both old and new fans and a large portion of music critics (for what that’s worth). Overall, the band played three (!) UK tours, toured Europe several times including countries they hadn’t been to in years (France, Switzerland) and all that in less than two years. And now they are ready to do it al again, despite having only just finished the last tour for Lost Property.

This all because the songs are bubbling up and needed to be recorded, once again at Rockfield Studios.

Invisible Storm is big-picture music played on a small screen, refracted through lyrics that embrace the personal and the universal, without offering the comfort of easy answers.

Well, that’s clearly what we know Turin Brakes for, isn’t it? Big-picture music (on a small screen) is what I classify Black Rabbit, Brighter than the Dark and also Blindsided Again as. Dating back as far The Optimist, Turin Brakes songs have always been big pictures evoking small feelings. Or how else would you describe Feeling Oblivion?

As I said, we’re still awaiting the first sounds of the new album. Since the album is coming in January, it’s my guess that we may get a song before Christmas comes around (wow, that still feels a ways off, doesn’t it?), and then the full promo tour will start in January with some in-stores in the release week hopefully and some radio / media appearances! So, good times gonna come.

You’re reading this on the new look Ether Site, which I rushed to be ready in time for the announcement of the album and the UK tour after a teaser was released on the Friday before. Truth be told, I’ve been working on and off on a new version of Ether Site for years. The design wasn’t the work to be honest, that was converting the old lyrics database to a new handy format. The new lyrics database is more searchable and allows for more flexibility in displaying lyrics. The list view is complete, save for a few exception (I will add Cut Me Out soon). I’m still working on all the releases (singles etc) to be showing on the releases page, so give me some time for now. Soon you’ll be able to view all the songs in the way you want with media links and tabs were we have them. Corrections etc are welcome by the way! 🙂

All in all, the plan was for Ether Site to look a bit more editorial and be more enjoyable to read on both desktop and mobile devices. While the site was always adapting to your phone etc, the old menu was a bit long etc. Viewing the site on mobile now should mean you reach the right content faster. And it looks a bit more slick and clean. It also allows me for some small tricks and pieces that I will not reveal yet.

The homepage will now have the most important story on top, and if you scroll down you’ll see other stories thematically: there’s lists for collaborations, press clipping, media links etc… If you’re missing any old content, by the way, chances are you’ll find it in the menu under State of Things. No content has been lost, but some content will be removed eventually and pop up elsewhere to be more easily accessible.

Anyway, I hope you like it. Overall I’d say we’re ready for the new album campaign and all the content that will be created along the way. If you have any suggestions or content I can add to the site, send it along and I’ll see what I can do. Thanks for visiting anyway.

Keep an eye on the site because later this week we’ll be releasing a new interview with Eddie about his second jazz album which he sold during the Lost Property tour dates. That’s it from me for now. More words, when there’s more to say!