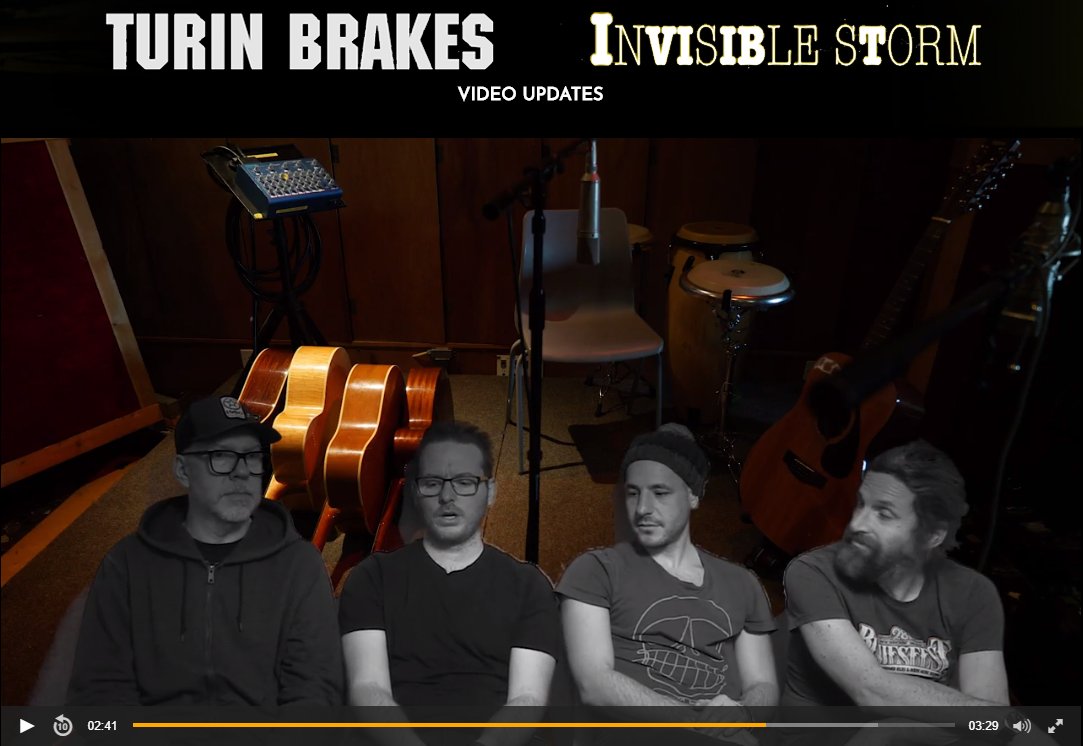 The press storm has started ahead of of Invisible Storm release. Here’s a round-up of interviews.

There’s an in-depth interview with XS Noize here with Turin Brakes, Olly to be precise. Here’s a great quote about the album:

The album starts off very consciously ‘poppy’ for a Turin Brakes album. I say ‘pop,’ but even when Turin Brakes do our most extreme pop, it’s still nowhere near what I would consider being regular mainstream pop. But for us, it starts off fast-paced and kind of almost aware of how fast the world is and how quickly you need to get your point across now to people. We are as mindful of that as anyone. We didn’t want to make something that takes half an hour before you have even begun to get it. We wanted to make something that within 2 or 3 tracks the melodies and the hooks are all working on you in a very classic pop sense. But we didn’t just want to do that for ten tracks in a row we tried to suck people down further into a more exciting place slowly. I think the idea of it is to be initially very immediate but then to bring people into a deeper connection with it that hopefully lasts longer. I always think that the deeper connections are the things that last decades and we always want to make records that hopefully are around for a long time that still sound good and still feel good in years to come.

And finally for now, check out this video where Turin Brakes talk about track 3 and 4 of the album: Always and Lost In The Woods both of which you can hear in the background while the band talk about it.

0 comments on “Press Round-Up: Interviews on radio and online”