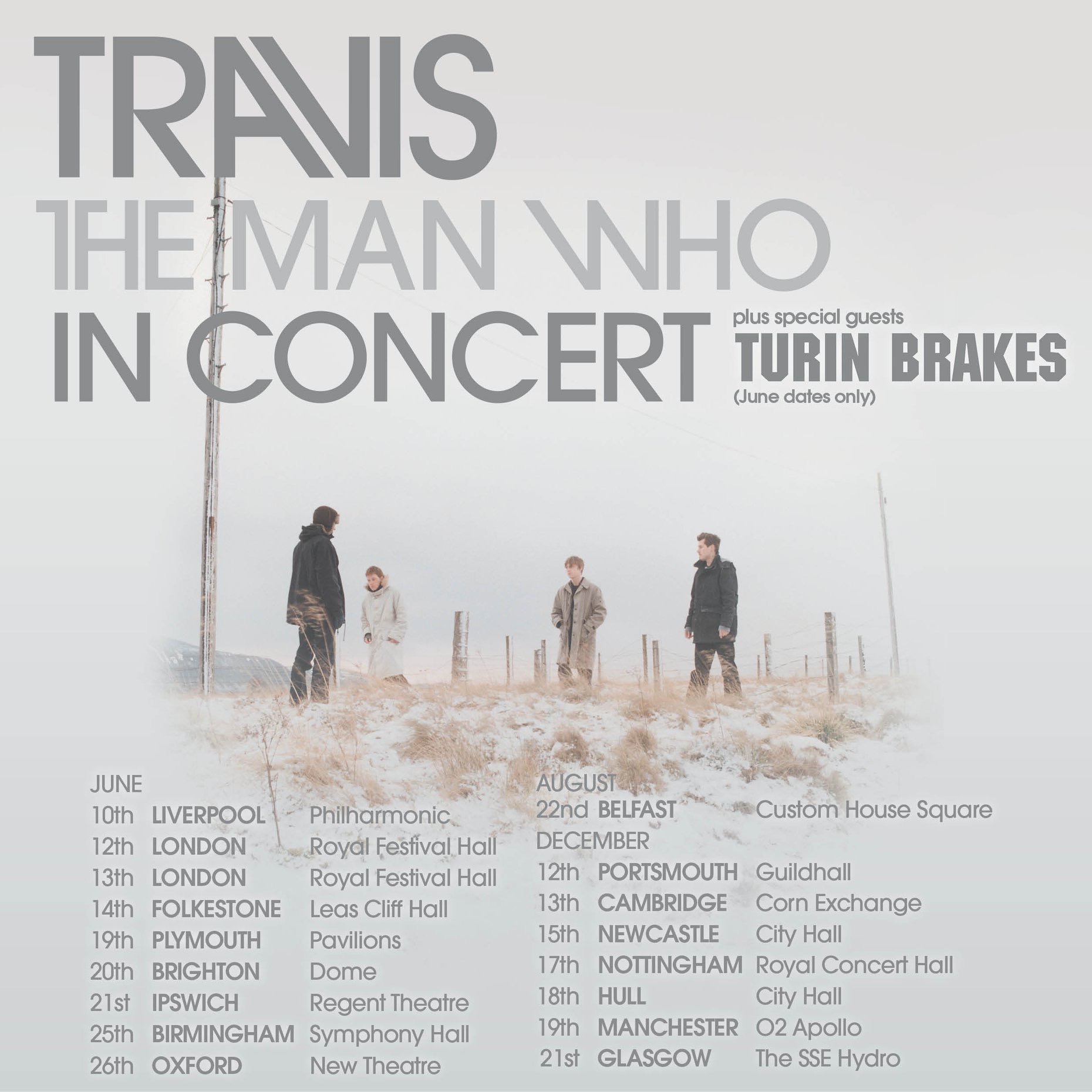 Travis is set to tour ‘The Man Who’, their classic album, again this June and Turin Brakes have been announced as special guests on the June run of dates. This is a nice move in many ways, because a lot of fans discovered Turin Brakes while supporting Travis way way back in the day. In fact, last week in Utrecht I spoke to various fans who said that they hadn’t seen them since that Travis support slot in that city. For now, Turin Brakes have been announced for just the June dates. There are more dates announced in December. Depending on how tired TB are after the UK tour and how well the special guest slots goes for them, they might tag along for those dates too, who knows? Anyway, if you like your Travis old-school and want to see TB, this should be a no-brainer.

Tickets are on sale here.

Another special guest slot just announced is one supporting Brian Wilson of Beach Boys fame perfoming another classic album: Pet Sounds. The show is taking place at Digbeth Arena (about 4000 capacity) in Birmingham on 24 August 2018. Tickets on sale here.