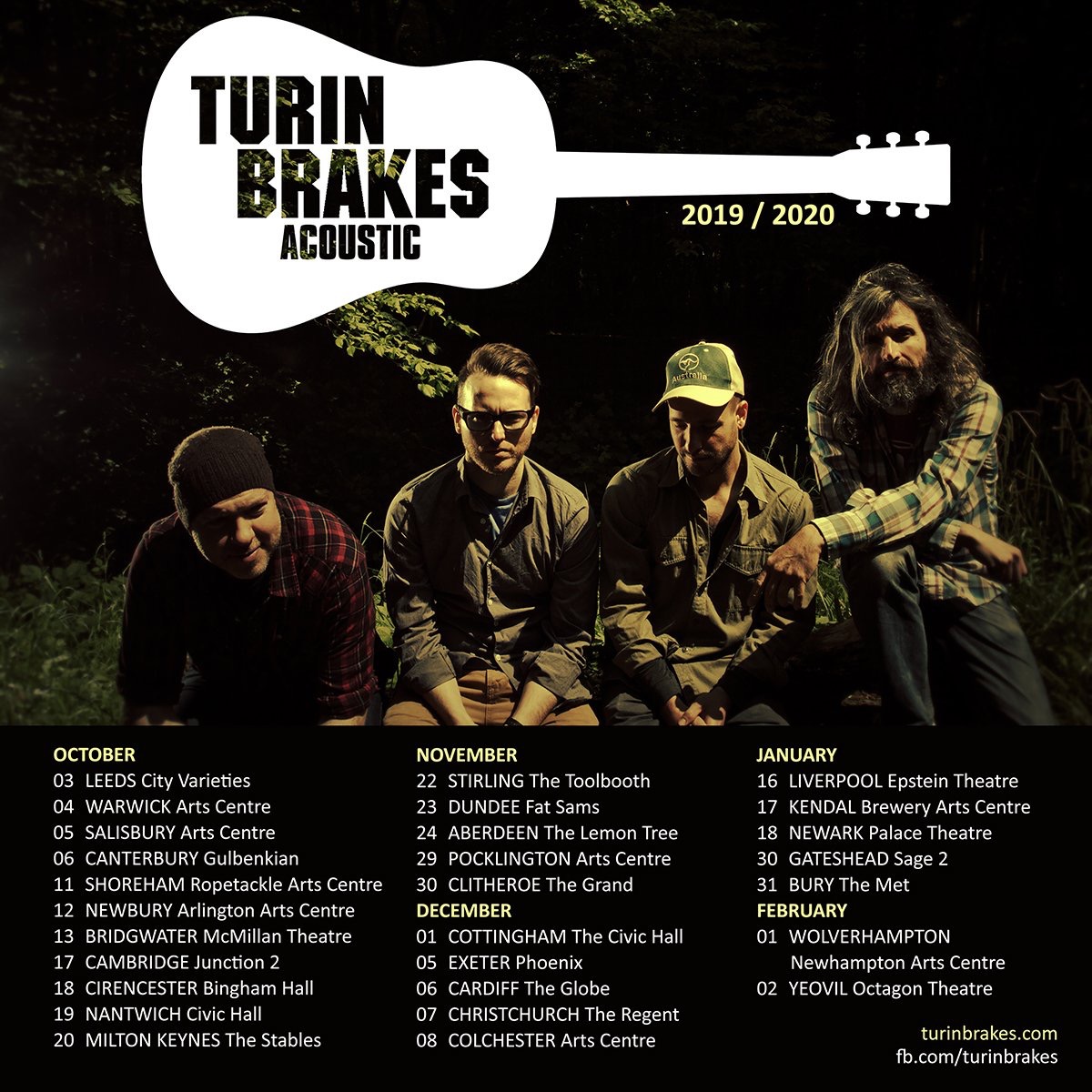 Exciting news for everyone who enjoyed (or missed) the London Turin Brakes Acoustic show last month: Turin Brakes show no signs of slowing down taking their acoustic show on the road for a 4-month-tour kicking off in Leeds on 3 October and finishing on the 2nd of February in Yeovil. At first glance, it looks like the band are hitting a lot of (local) theatres that should be excellent venues for the acoustic vibes that Turin Brakes will bring to these shows. Then again, the band are also returning to some familiar places, including the Junction 2 in Cambridge, The Stables in Milton Keenes, Phoenix in Exeter and The Globe in Cardiff. Here’s the full list of shows:

For those of you curious about the set list at the London show, here it is. Please note that we have collapsed this content on the page in case you don’t want to be spoiled. In any case, October is a long time off, so who even knows whether the set list will be the same? I don’t. The band probably don’t…

Tickets go on sale this Friday (22nd of March). Let’s give the band a great 20th anniversary before heading into the future unknown!