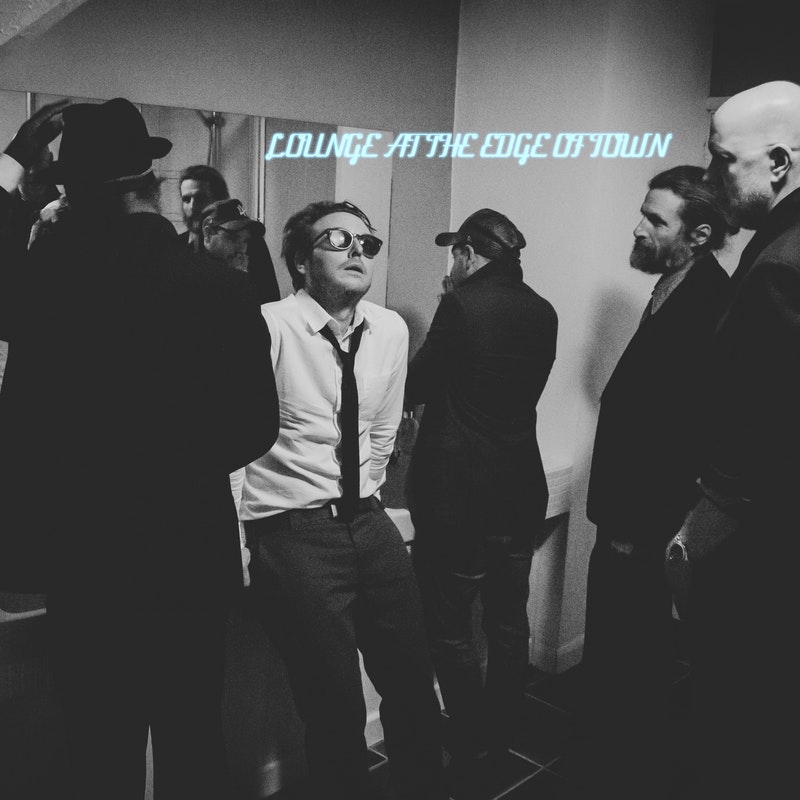 Well here’s an unexpected turn in the strange world we live in: Turin Brakes have just announced a new album with Phil Ramocon for a digital album. The project and album are called ‘Lounge At The Edge Of Town’ and is coming soon to Spotify and other streaming platforms. There are 30-second-previews for the 9 tracks available on Distrokid:

The album cover features all four Turin Brakes members, dressed up and all, with Olly sporting some funky looking glasses. The music previews hint at some piano-heavy full-band music, which still includes acoustic guitar work and backing vocals by the full collective.

Phil Ramocon is well respected artist and session musician, having appeared on stage alongside Talk Talk, Bob Marley and other legendary acts. One would guess Phil and the band met during one of the Spirit of Talk Talk projects in recent years.

Turin Brakes confirmed on Facebook that this will be a digital release for now, but if there’s enough interest a physical release may be available later. You can save the release to Spotify for now, although there’s no music available on any digital platform right now. We’l keep you posted when the release is happening ofcourse.

This is the second side project appearing in the spotlights this year, with Olly and former TB keyboard player Little Phil Marten releasing songs as OKPM earlier.