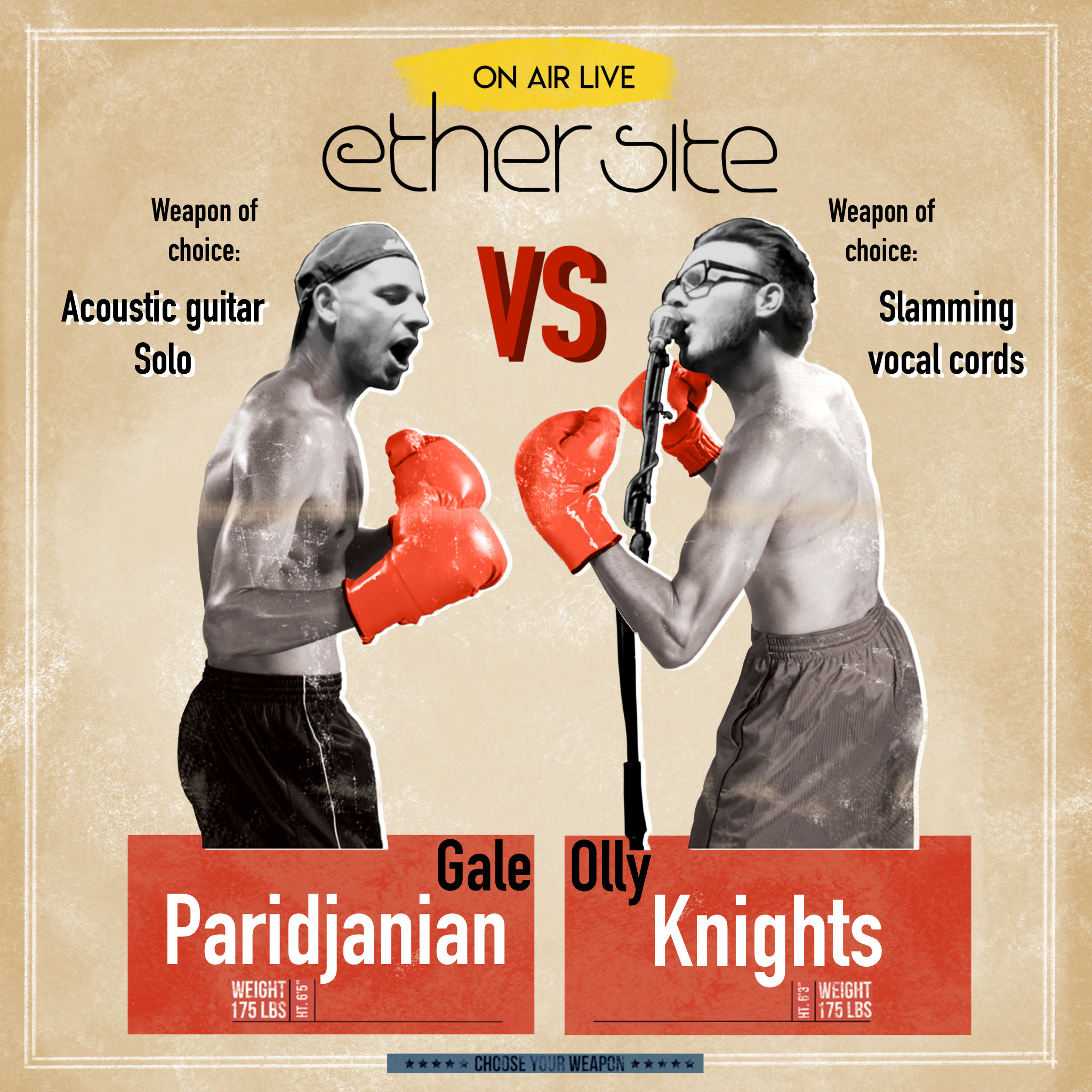 Tuesday 30 June 2020 will mark the airing of the fourth live webstream that is known as Ether Site On Air Live. Join webmaster Stefan online with his friend and Turin Brakes mastermind Maurice for an episode full of Turin Brakes banter and songs.

The theme will be VERSUS! The world of Turin Brakes is full of rivalries: Olly versus Gale, The Optimist Lp versus Ether Song, Ed’s dancing versus Rob’s drum solos… On Tuesday night, we’ll let the songs battle it out and you get to choose the winners to go down in history. So join in and vote for your favourite songs in an epic series of duels.

Also, there’ll be a special “Guess The Setlist” game, some bad jokes and, of course, Dutch-German accents.

Tune in Tuesday 30 June 2020 at 8pm (UK time) and we’ll see what happens! The player below will show all that is to come (but you can click here as well and set a reminder). Also, subscribe to our channel, so you don’t miss any new videos we’ll make.