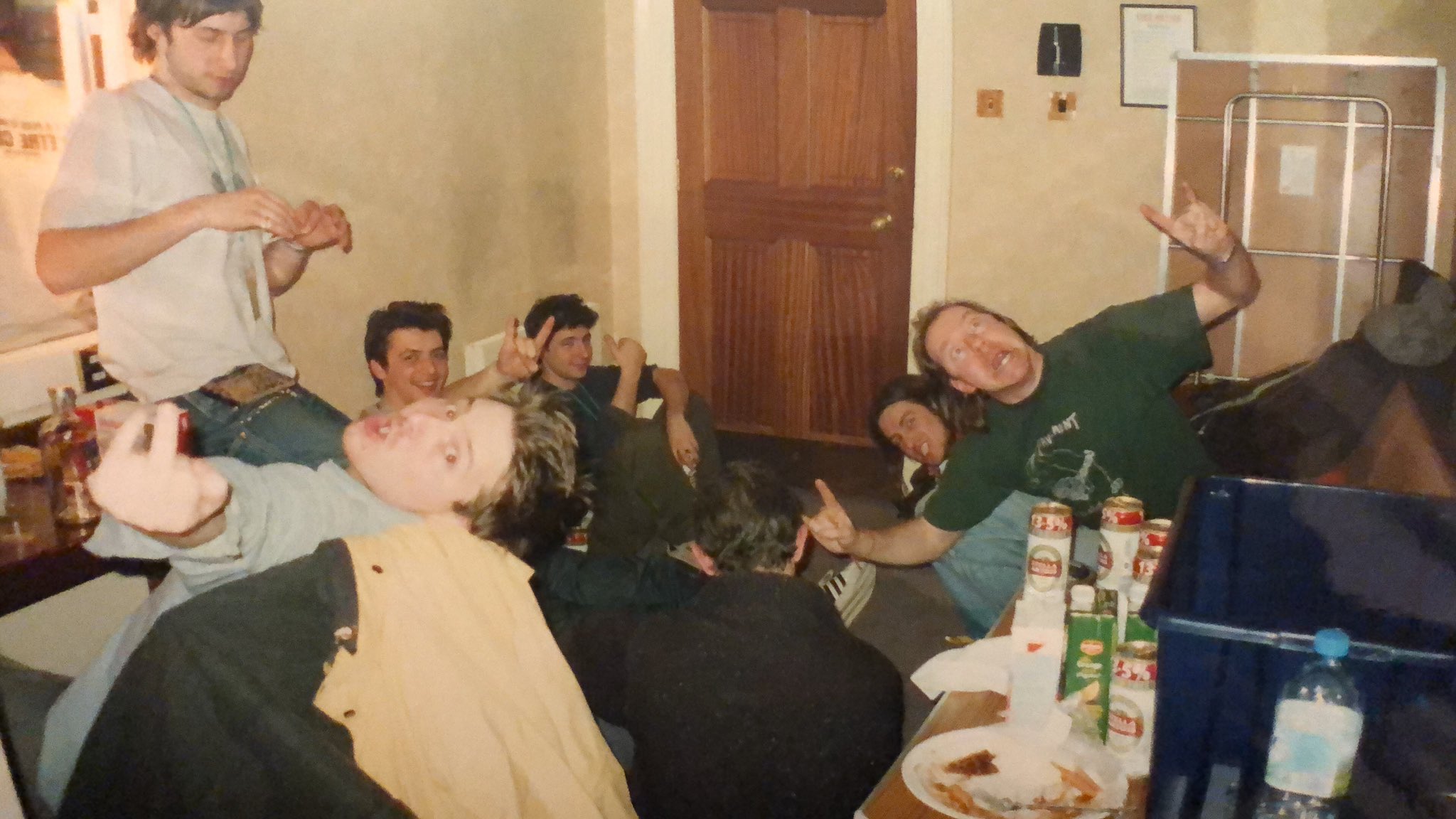 Last night’s The Optimist LP listening party was a lot of fun. If you want to read back the fun facts and meanings behind the songs, check out the page here. Eddie shared some great (tour) pictures from The Optimist days on Twitter as well, including a meme with Guy Garvey. Honest…

While you still can, check out the hashtag on Twitter as well, because a lot of fans shared memories too. It will be filled up by newer tweets throughout the day as new listening parties take place, but for now, look at it!

One tweet of note was this one by the band, announcing a re-release of The Optimist LP on luxury vinyl:

“By the way, we have a luxury vinyl reissue of The Optimist LP out next May/June it seems!”, the tweet says.

While pre-orders aren’t up yet, Rob Allum added that there’ll be bonus unreleased recordings included:

Great news, we’ll keep an eye out for any updates on this.

Meanwhile, ticketse for the 20th anniversary tour next October go on general sale later this morning. Check out the presale page if you do not want to wait. The general sale will be here.

0 comments on “Read back listening party; re-release The Optimist LP teased by Turin Brakes on Twitter”