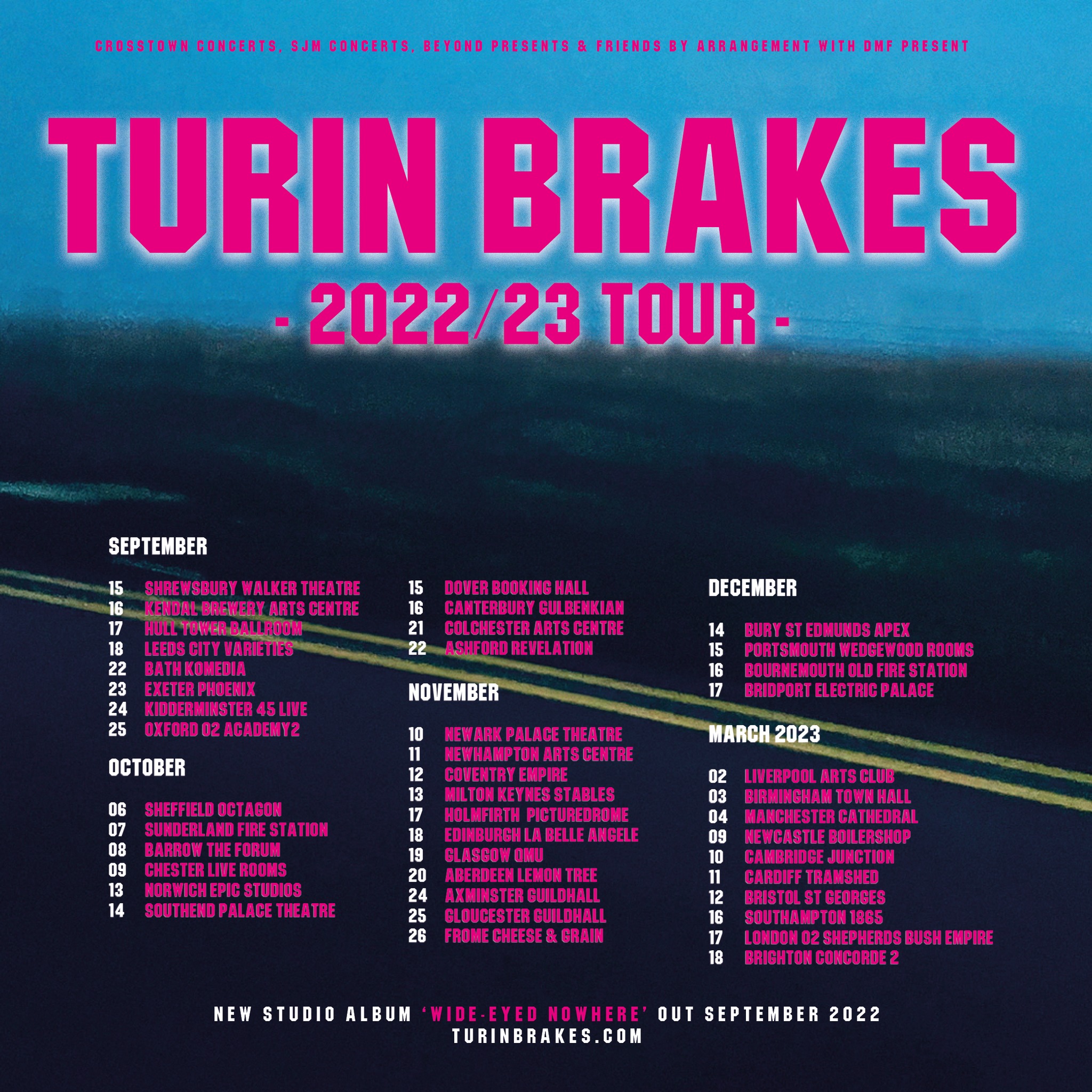 Turin Brakes have announced the support acts for the upcoming UK tour, which runs from September 2022 until March 2023.

The September dates will be supported by a project called Fast Trains. “Combining inventive alt pop with a cryptic visual space known as ‘ourWorld’, Fast Trains is the boundary-pushing solo project of Portsmouth born songwriter Tom Wells. Fiercely independent, all Fast Trains music has to date been kept off the usual streaming platforms, instead delivering to fans directly via the official website, YouTube channel and Bandcamp.” More info about Fast Trains (and their music) can be found here on their website.

Concrete Kid is the new ‘Psychedelic Cowboy’ project by Joe Gallacher, known from acts like Mr. Kil and Toy Tin Soldier. He has not released any music yet for this new project but apparently Olly Knights has produced his debut album… You can follow him on Instagram: @Concrete_Kid.

The November dates will be supported by Scottish singer/songwriter Tommy Ashby. His latest single Closer can be listened to here. He has a Phd. in Psychoacoustics, which means he knows a lot about how our brains process sound.

Tom Speight returns as support for the four December dates. Tom has previously supported Turin Brakes on many tours, as well as written a whole bunch of songs with Olly and gale, some of which ended up on the last Turin Brakes album. Tom recently released the excellent Roll The Dice Again.

Having previously supported Turin Brakes at a show, the UNE project by former BBC radio DJ Mark Radcliffe and electronic musician Paul Langley, is back for the big March shows. They’ve recently released their third album called Spomenik, inspired by Cold War era concrete and steel monoliths, constructed from sounds that echo the likes of Kraftwerk, OMD and the Hacienda classics.