Here you find what Turin Brakes were up to from the beginning until roughly the end of 2005.

After a whole year of waiting for the fans, 31 January 2005 Olly announced on the website that the album was finally mixed and ready. Still, the expected March release date was pushed back (because of baby business). But in the first half of 2005 a new single, album and four dates in June were announced, taking Turin Brakes from Birmingham and Glasgow to Manchester and London. This tour was surprisingly small, in number of dates that is. Turin Brakes decided to keep a lower profile with the new born baby Ruby needing attention of her father Olly. But for unsatisfied fans, a small invite-only gig was organised on 4 April 2005. By means of a contest people could win tickets. This unique chance to preview the new material was organised in the Bush Hall in London. Some of the songs played at this gig were released later on. Fishing For A Dream was available as a digital download when the single was released, and Jackinabox and Red Moon ended up on the limited DVD that came with Jackinabox.

Fishing For Some Airplay

The 15th of May finally saw the release of the new Turin Brakes single. At first, the expectations were high, but some fans thought the song was really too quiet. Some fans who had heard more material of the new LP argued that there were better singles on the record. The radio stations didn’t really play the new Turin Brakes song as much as was hoped. BBC Radio 1 hardly ever played it, but it did get b-listed at XFM and BBC Radio 2. This wasn’t enough to make the top 20… Or the top 30… Fishing For A Dream, released on 7 inch, cd single and maxi single with video, charted at no. 32, and dropped out of the charts the week after. The b-sides were a little song called Crying, which was good but nothing special, the uninteresting Atlas of the World and a plain live cover of ACDC’s What’s Next To The Moon. Disappointed with the result of the single the band posted a bitter picture of Gale reading a “How to generate more sales”-book.

A box of surprises 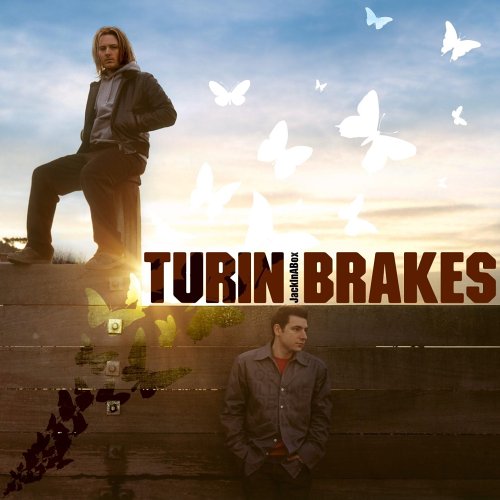 May 30 saw the release of Jackinabox, the third album. The sales of Ether Song proved that Turin Brakes were not the next Coldplay, and mainly Virgin was disappointed with this, but JackInABox seemed to satisfy them. The band were expecting they had to fly to a fancy place on this world and record the album there, but the record label liked the recordings made in their studio. In fact, they said there were “too many singles on this album.” Things looked quite good, even though Fishing For A Dream’s chart result was quite poor. How much of Turin Brakes’ fame was left now there was no hit single? Turin Brakes had managed to sell 500 000 copies of their first two albums, but would they be able to shift copies of Jackinabox without the support of a hit single? The week of the release was spent playing ‘secret’, intimate gigs, on the ‘Money Can’t Buy Tour’. And when Sunday arrived, finally some good news… Jackinabox did make it into the top 10, charting at no. 9.

The third album proved to be much more uplifting. According to Olly this was their “The world is crazy, but what’s for lunch”-record. From the moment They Can’t Buy The Sunshine kicks in untill the string-drum-machine-thing-outro on Come and Go the record is happy most of the time. They Can’t Buy The Sunshine is a statement: from now on the band will do as they want. No more re-releasing albums or rushing into new single recordings. The only demons they’ll answer to is their own… Red Moon was inspired by Outkast’s Hey Ya!, and is really swinging and rocking. Forever, Fishing For A Dream, Above The Clouds, Come And Go can all be described as lovely songs with lovely production and lovely lyrics. Then there’s the rocking songs, Red Moon, Asleep With The Fireflies, Over And Over and Jackinabox. Last Clown, which reminds of Underdog in more than one way, and which was supposed to end up on Ether Song. Road To Nowhere reminds of The Road, with different lyrics and a different chorus and bridge.

The album, overall, sounds much more polished than Ether Song and The Optimist LP, but is in some ways a return to The Optimist LP, once again it is self-produced and once again the acoustic guitar is very present in most songs. However, there’s more room of experiment and according to the band it is full of surprises (hence the title JackInABox).

The third LP by Turin Brakes was not liked by everyone, of course. Some rated it higher than the new Coldplay and Oasis album, others claimed that this was, by far, their worst album. Turin Brakes took their new gem on the road in the first week of release with a set of secret, small, acoustic gigs: just Olly, Gale and Eddy Myer on the stand up cartoon bass. A few weeks later the album was promoted “properly” by 4 big gigs in Glasgow, Manchester, Birmingham and London. The Glasgow concert was broadcasted on the internet by Livegigs Online. This kind of short tour fitted in with the promise that the record label would keep Turin Brakes kind of “Low Profile” in the first few months. For charity however, Turin Brakes were available at all times. They played a special concert to raise awareness for the third world for the G8 summit. Along with Damon Albarn (Blur) and other artists they played in the London Eye. 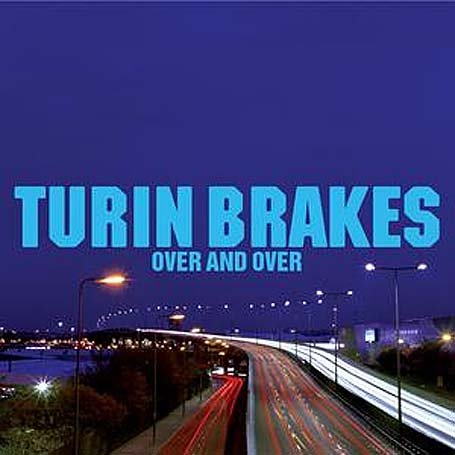 After that it was time to cross the Atlantic again. For the first time with a full band Turin Brakes toured the USA and Canada. During that US tour in July and August the second single from Jackinabox, Over and Over was released. Even though it is a nice song, it doesn’t really have the hit factor that a single should have, and it therefore didn’t make the UK top 40, ending up somewhere in the 50s. The boys learnt that it was better to actually be in the country when a single is released. The B-sides weren’t really special either. Besides the video, behind the scenes and some remixes, there was a version of Last Clown from the Ether Song sessions. This is the only interesting b-side and it’s actually worth buying the single for. This obviously didn’t convert a mass public, who only heard the a-side. The Tony Hoffer version of Last Clown is really different from the JackInABox version. Tony Hoffer added different keys and the guitar rhythm is quite different as well. Fans had an idea for a better single: Red Moon. This seems to be the favourite song of the album, and probably rightfully so. Olly mentioned that the label wasn’t really keen on releasing it. So, how do you release a single when the record label doesn’t really want to release it? A hard one to crack, but Turin brakes came up with an answer…

Stripped for your pleasure

During their US tour, Turin Brakes discovered a new vibe during their acoustic sessions. This worked so well that the band decided to put this to use and as soon as they got home they spent a day at the Olympic studios in London to record a new version of Red Moon, unplugged and acoustic. In 12 hours the song was recorded live and mixed. It was very interesting forcing ourselves to use acoustic instruments inplace of electric, it definitely does something special, we are always learning and re- learning. (…) we’re also planning out some proper B-sides for you.

It turned out this was to become The Red Moon EP. The band decided to try out their songs in an acoustic setting and Europe was to benefit from this in a nice tour. The tour would go from Holland to Germany to Italy and then a lot of shows in the UK in late September, October and November.

This raised some expectations, obviously for both the Red Moon single as the new tour. It didn’t take long for a 5-page-thread with song requests/comments to spawn on the official forum. On 30 September 2005 the first leg of the acoustic tour kicked of, being more a celebration of Turin Brakes than just JackInABox promotion. Playing rare b-sides such as Balham to Brooklyn and Everybody Knows and fan-favourites Red Moon, Building Wraps Round Me, Breaking The Girl and Long Distance. The acoustic tour proved to be such a succes that the band decided to record the final gig, at the London Palladium and release it the day after on the world wide web. 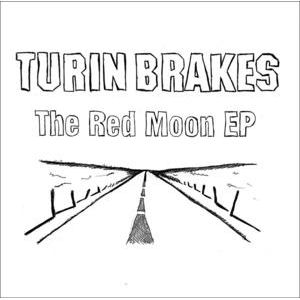 The Red Moon EP was sold at the UK leg of the acoustic tour and was not available in shops. Therefore it didn’t really chart at all. The EP got a digital release on Itunes and other download sites later, but this wasn’t enough to get it into the charts. The EP consisted of the unplugged Red Moon version of course, but there were also some surprising b-sides. First, there was the new song Love Is All You Deserve, which proved to be a lovely song, as its title already implies. Lovely images combined with nice chord sequences. Also a surprise was the longtime live favourite Jet Trail, recorded with Ether Song Tony Hoffer. Turin Brakes stripped to the bone. Two guitars, some bass and drums and that’s it. To round it up, Breaking The Girl from a KCRW session was included, which proved to be the highlight of the EP, with a nice session at the end. How great this EP might have been, the band had one problem: the gigs were even better. The songs on the EP proved to be a bit bland and lifeless, especially when one had bought the EP after being to the concert (except the live session track Breaking The Girl, a Red Hot Chili Peppers cover). But the band took care of that as well… Early november the band released their first (digital) live album…

Live @ The Palladium
The acoustic UK tour ended in the Palladium in London. A theatre, but what a theater! Outside, in the rain two men were sitting in a van recording and mixing the gig and 24 hours later the full gig was available on the official website (and later on Itunes). The album consisted of 22 songs, including many Optimist favourites and the album did really well in the download charts, better than most expected. Even in countries like The Netherlands, where Turin Brakes remain quite unknown to this day, the album reached the top 5 of the Itunes charts.

Olly Knights – If Not Now When