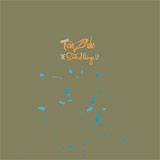 Turin Brakes released The State Of Things on 31st July 2000, two weeks before their debut festival appearances of Leeds and Reading. It was at these gigs that Olly & Gale became a fully integrated band for the first time – up until then it had just been the two of them and a couple of guitars. Critical acclaim was also slowly building. In the weeks leading up to the summer festivals the NME was busy hailing the new “acoustic movement”. Turin Brakes were being muttered in the same breath of a sudden new wave of bands being hailed as the dawning of a new era of music, tunes based around simple and pure guitar music. Coldplay were also rising to the fore that summer with their release of “Yellow”, and a certain bloke in a tea cosy hat called Badly Drawn Boy raised an eyebrow with “Disillusion”.

The State of Things EP is a collection of songs which would continue where The Door EP left off, with self observational lyrics as featured previously with ‘The Road’ and ‘The Door’. So what is it about the lyrics of Turin Brakes and what do they mean? “I don’t really know what our songs are about,” says Olly. “They show you a little window, they’re always kind of lost. I always feel like they’re someone walking around, trying to make sense of anything”. The Boss, however, has a degree of simplicity. There’s no hidden meaning with it, as Olly says “The Boss’ is obviously about working in a shit job for a shit boss”. Olly & Gale regard ‘The Boss’ as the best piece of work not to appear on any of their LP’s.

Second track Balham To Brooklyn is another one of those songs of longing and fear. Interestingly both ‘The Boss’ and ‘Balham To Brooklyn’ were recorded at home and both are extremely similar in sound. ‘All Away’ is A Folksome little demo, with some sea sounds in the background. This song was written around the time Gale was beginning to discover slide guitar and experimenting with different sounds. Its a dreamy little instrumental and before you know it you’ll be nodding off! The title track is left til last, and rightly so, its the cream of the crop. State Of Things is a gentle reminder that nobody knows where they’re going, you just have to go with the flow.

0 comments on “State of Things”