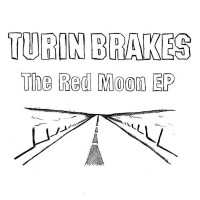 This song was a live favourite. First played in 2001, and since then every now and then popping into the setlist. Then, suddenly in late 2005, it was released on the Red Moon EP.

So jet trail, and it’s alright
You’re flying through the blue sky over the heads of the pretty people passing me by

You move thin bone
You’re trying to get to prisoned on a crowded street there’s a girl on the street, she’s looking down

She could haunt me
She could lead me
I’m caught up completely, honey
And sadness ain’t my sin

Well Londen is home then
I’m drowning in concrete
The buildings are moving, honey
The sadness is so sweet

But it’s all so fucking great
In the choices that I take
And my memories that I fake
And if anyone, wants to know….
Well just how far anyone should ever go